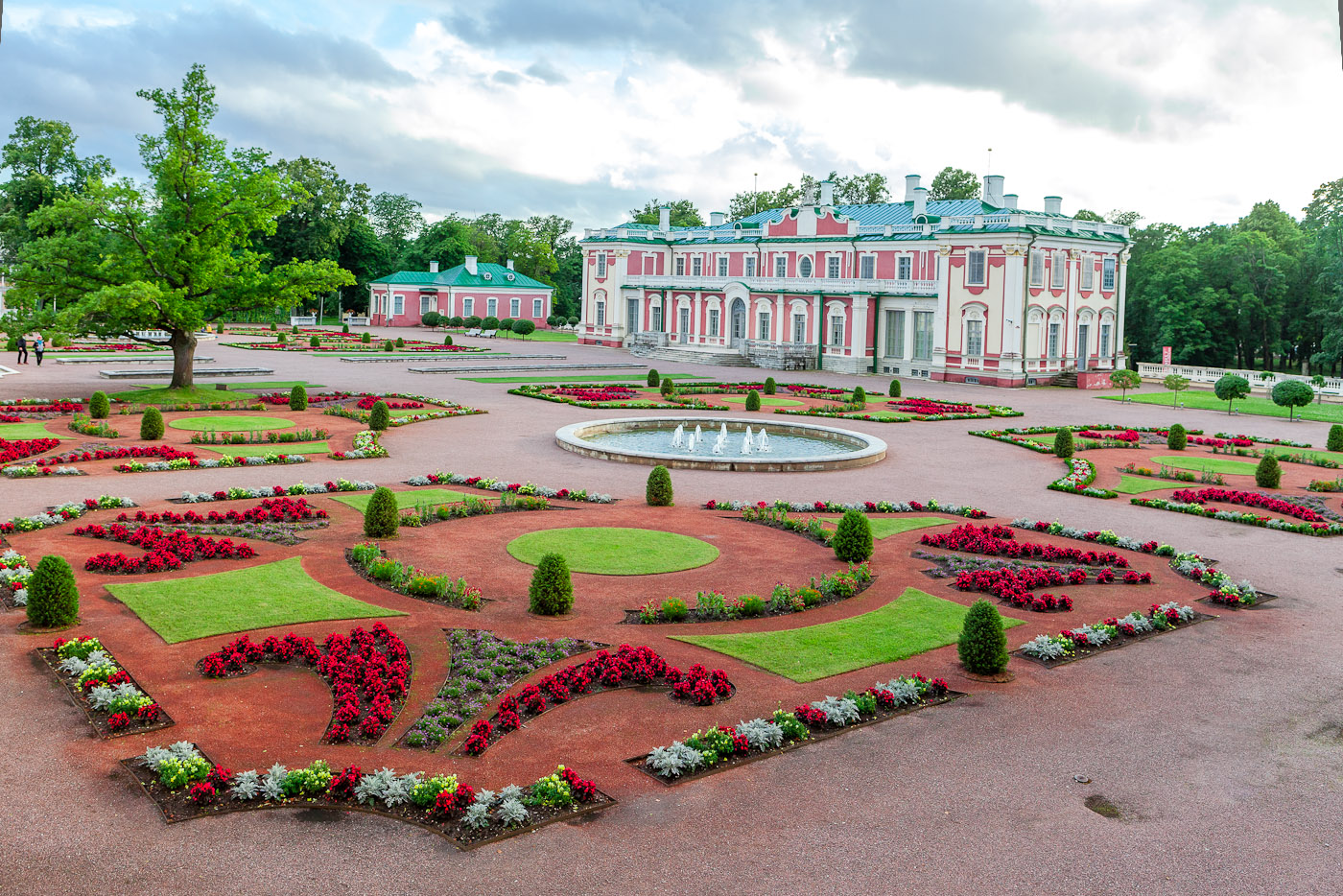 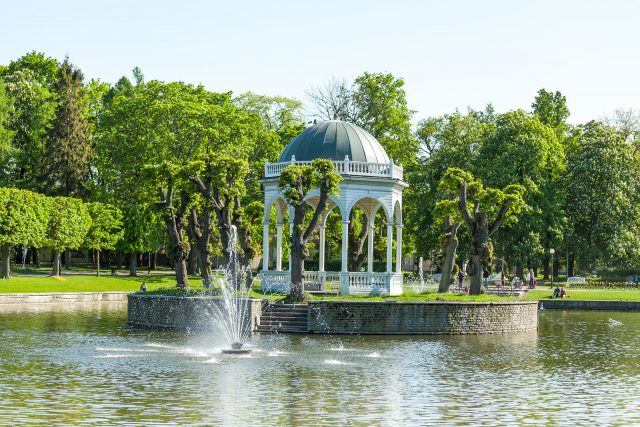 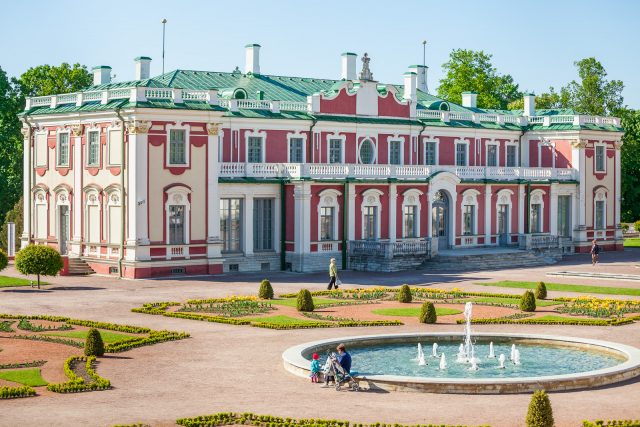 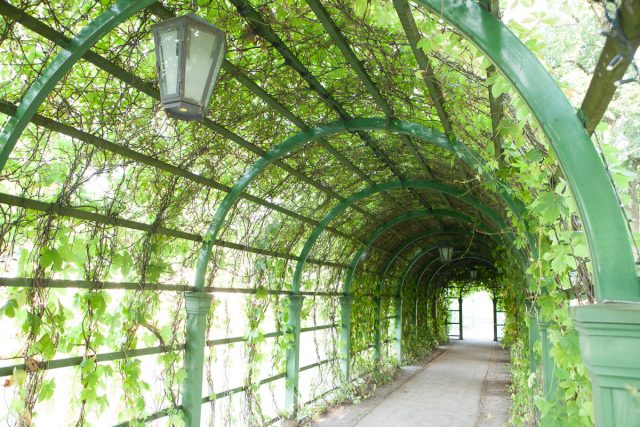 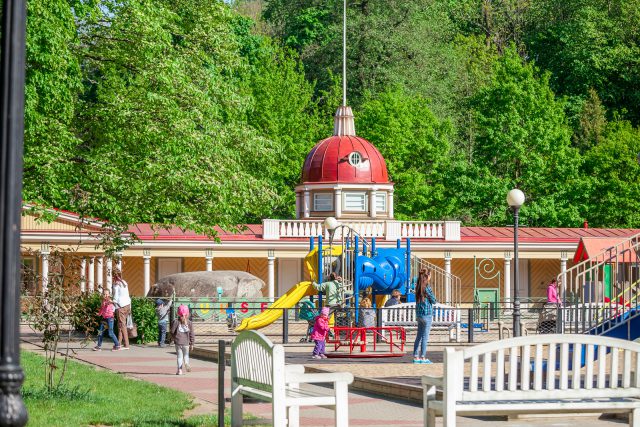 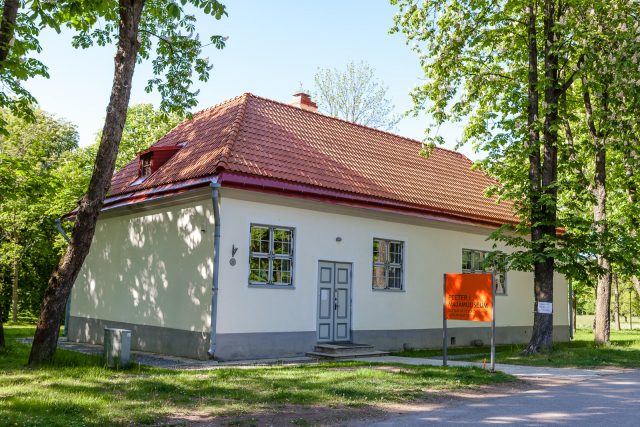 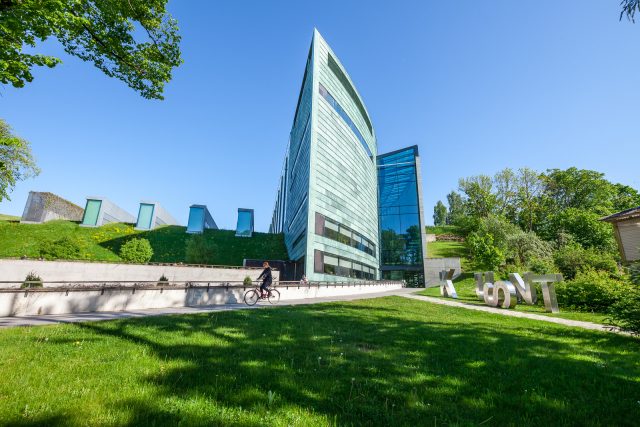 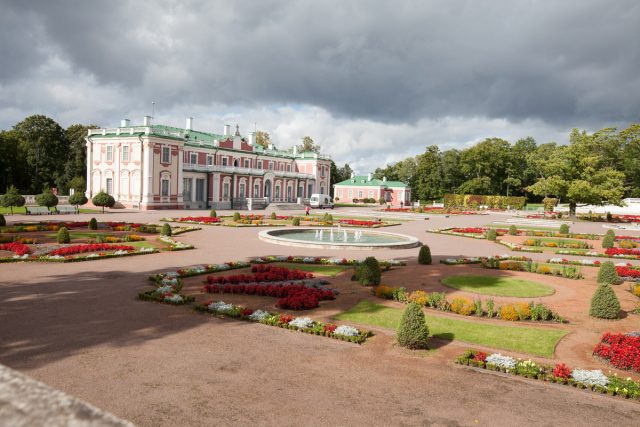 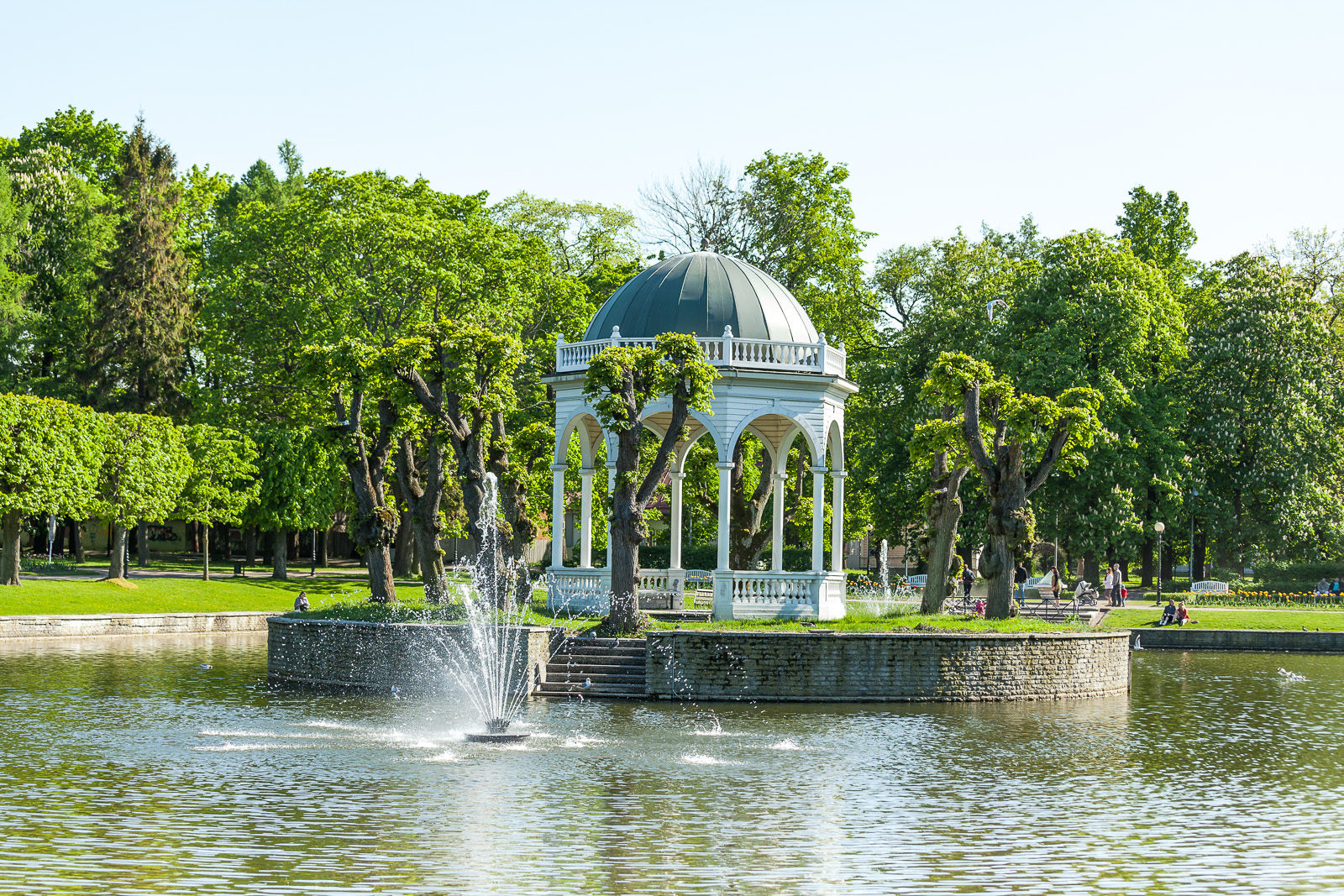 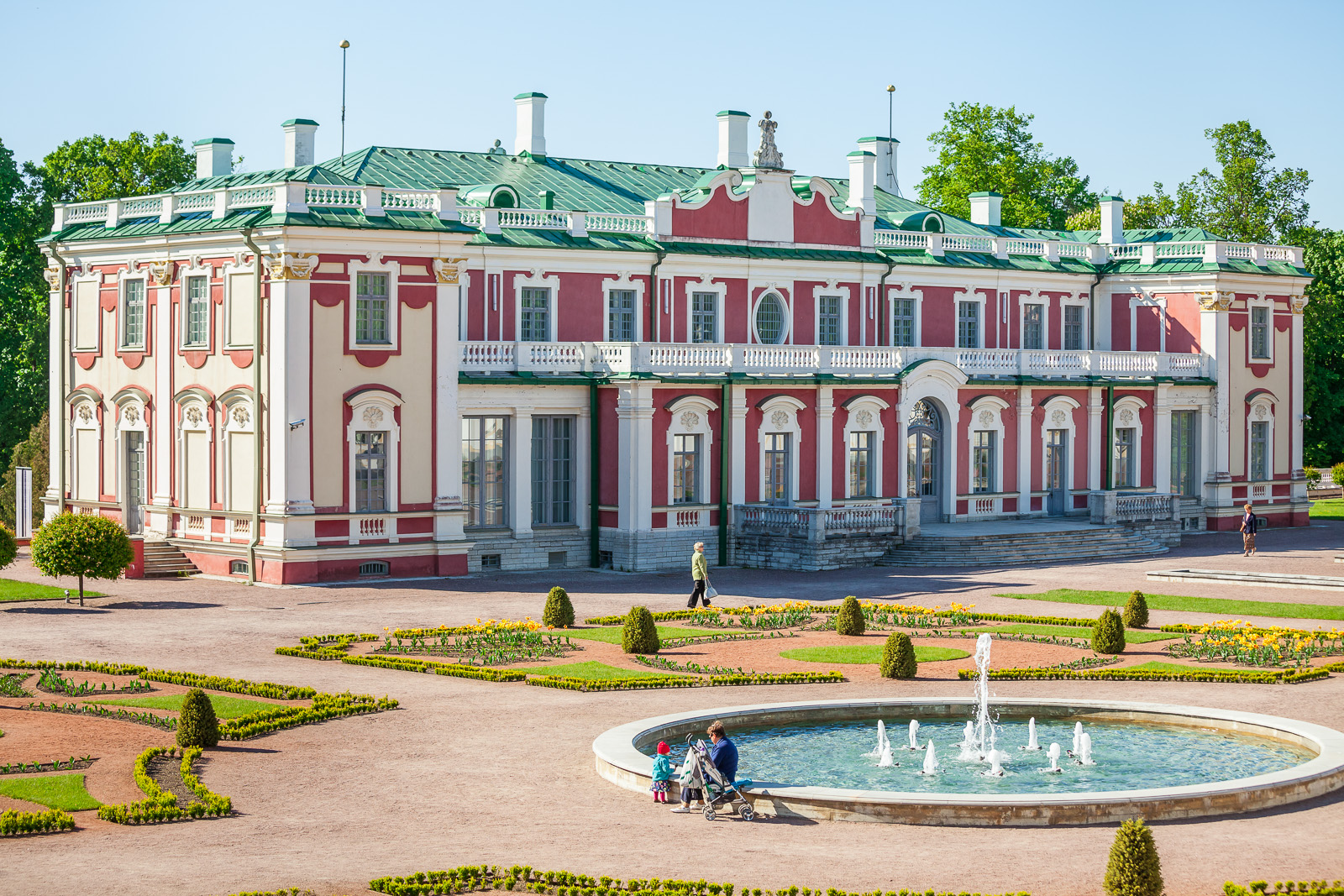 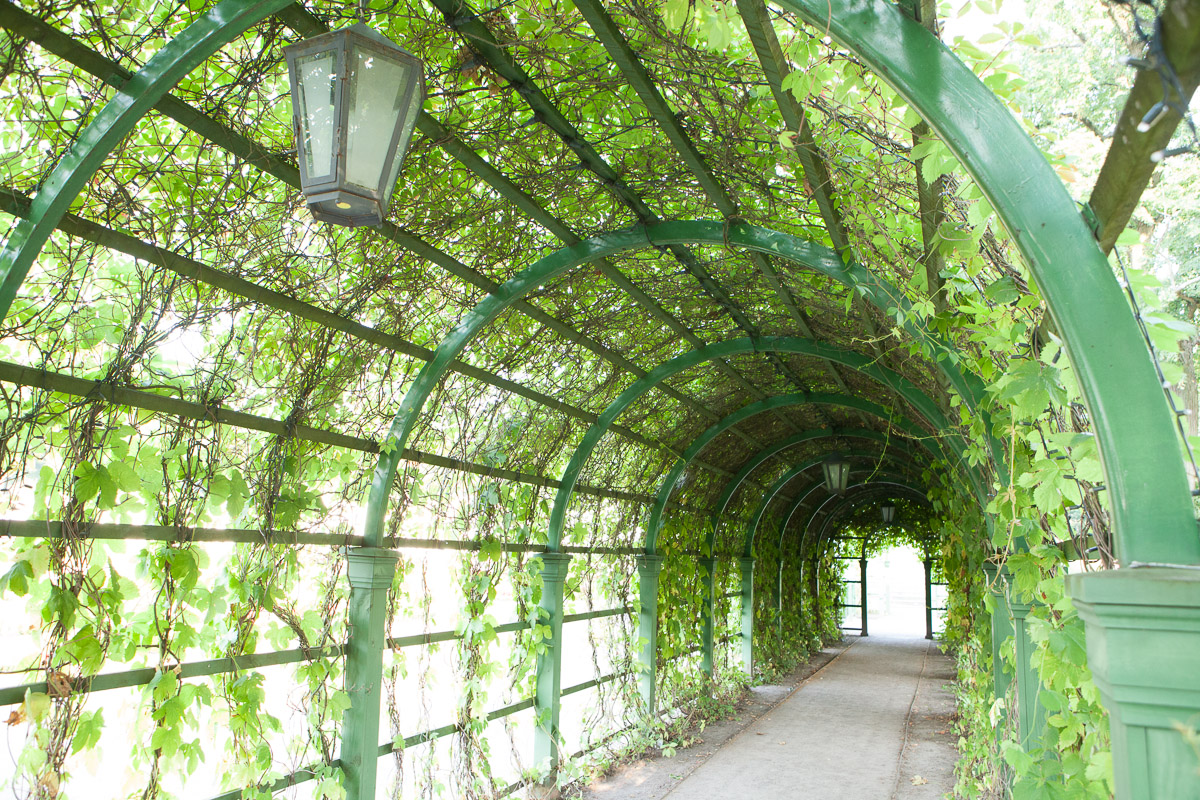 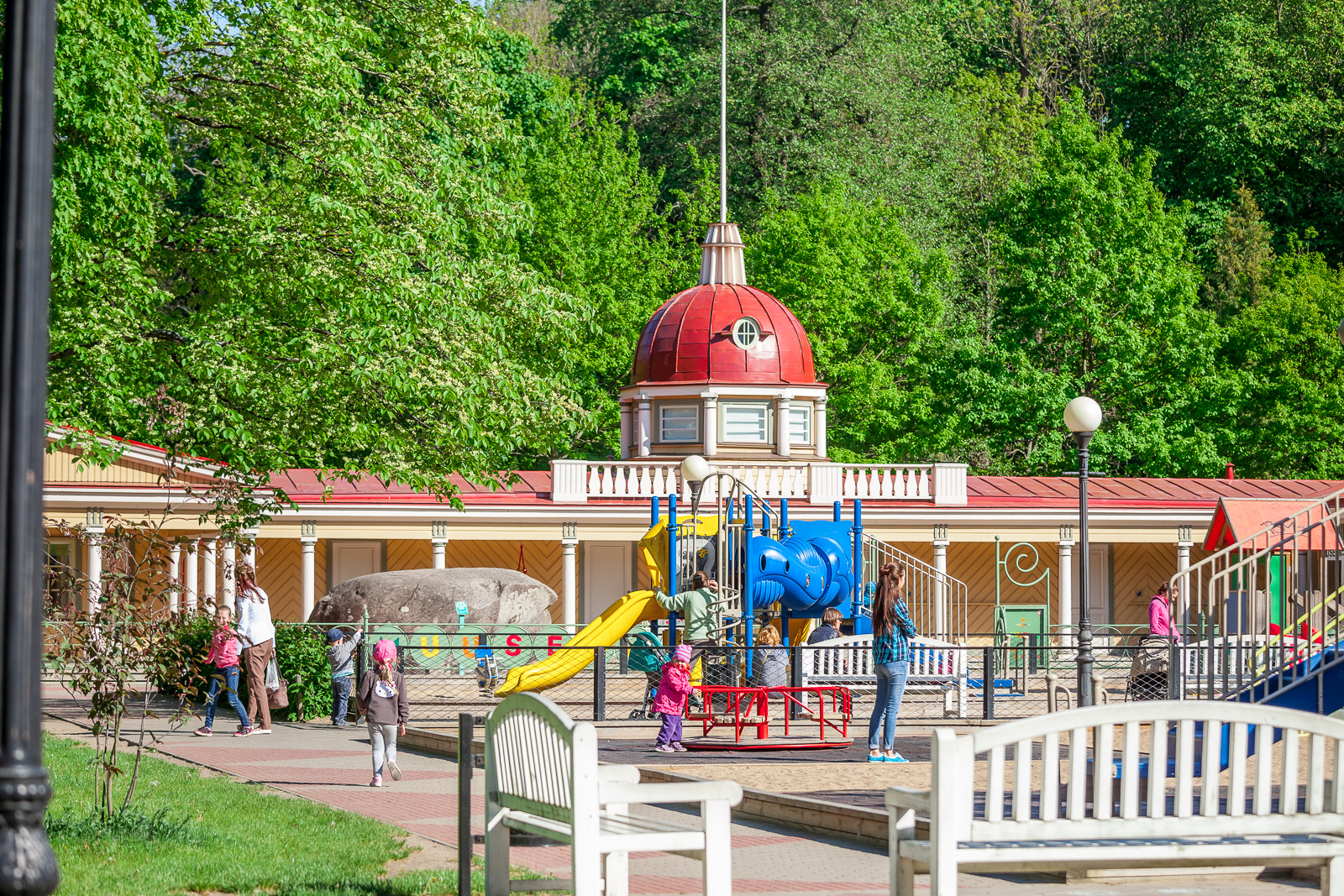 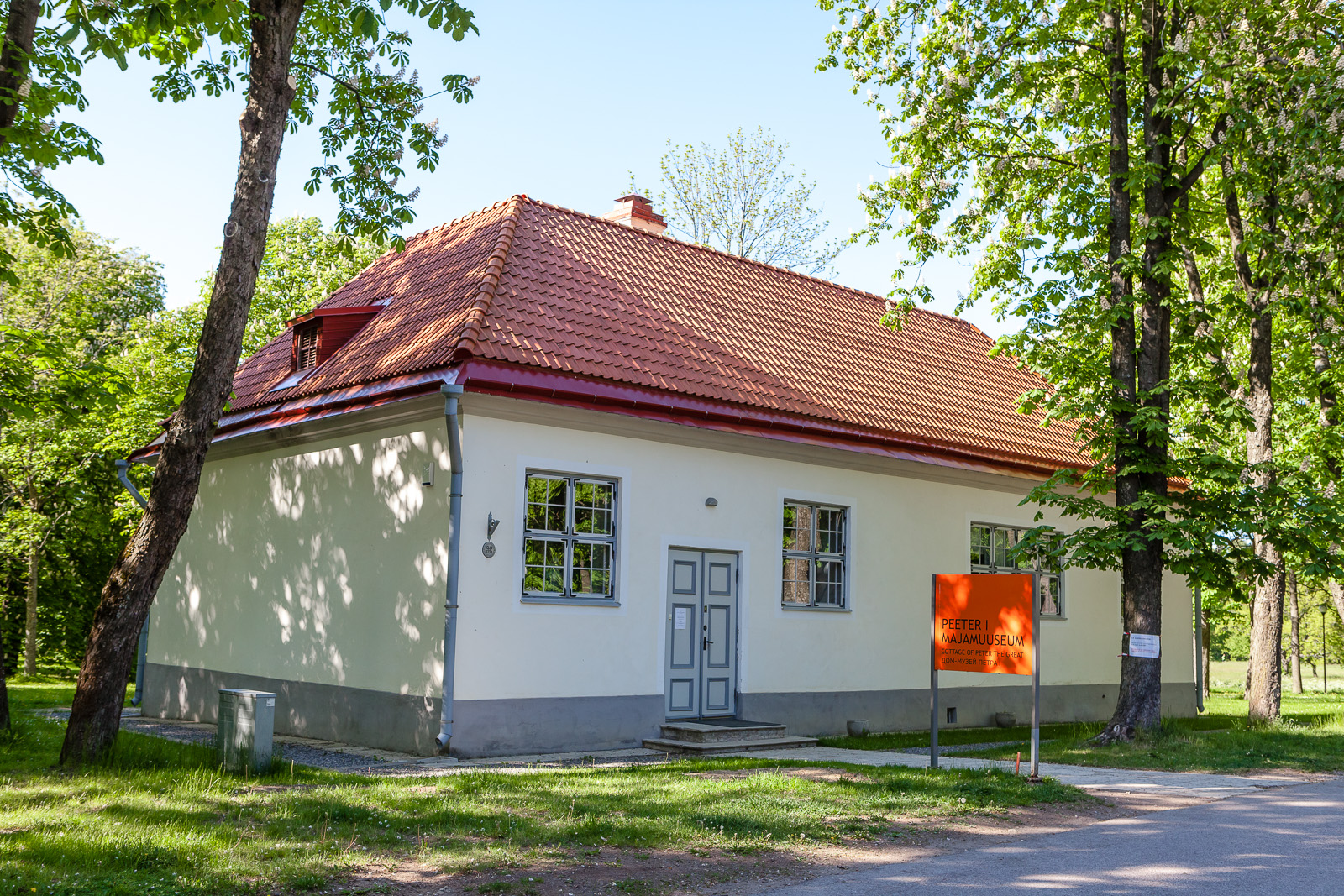 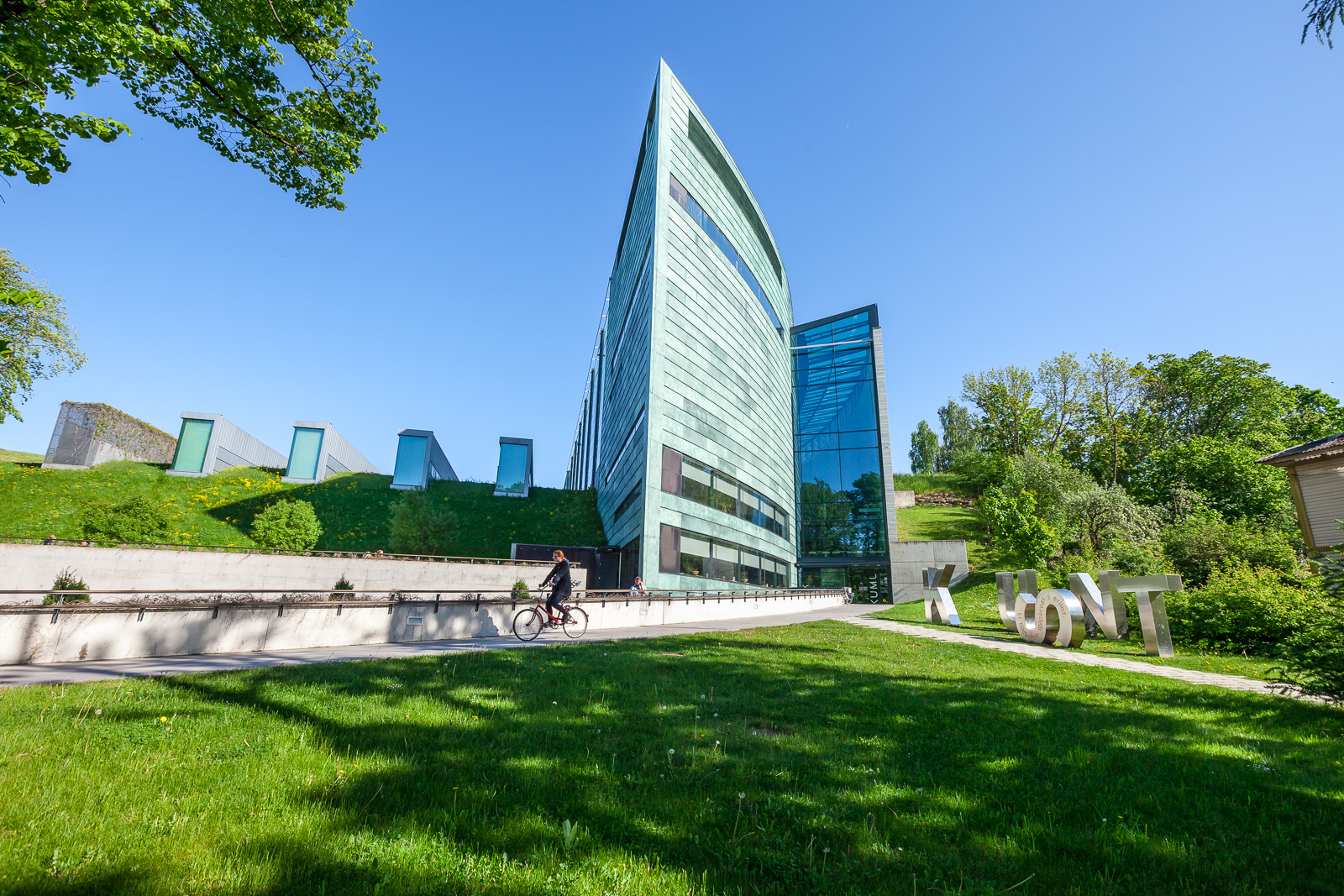 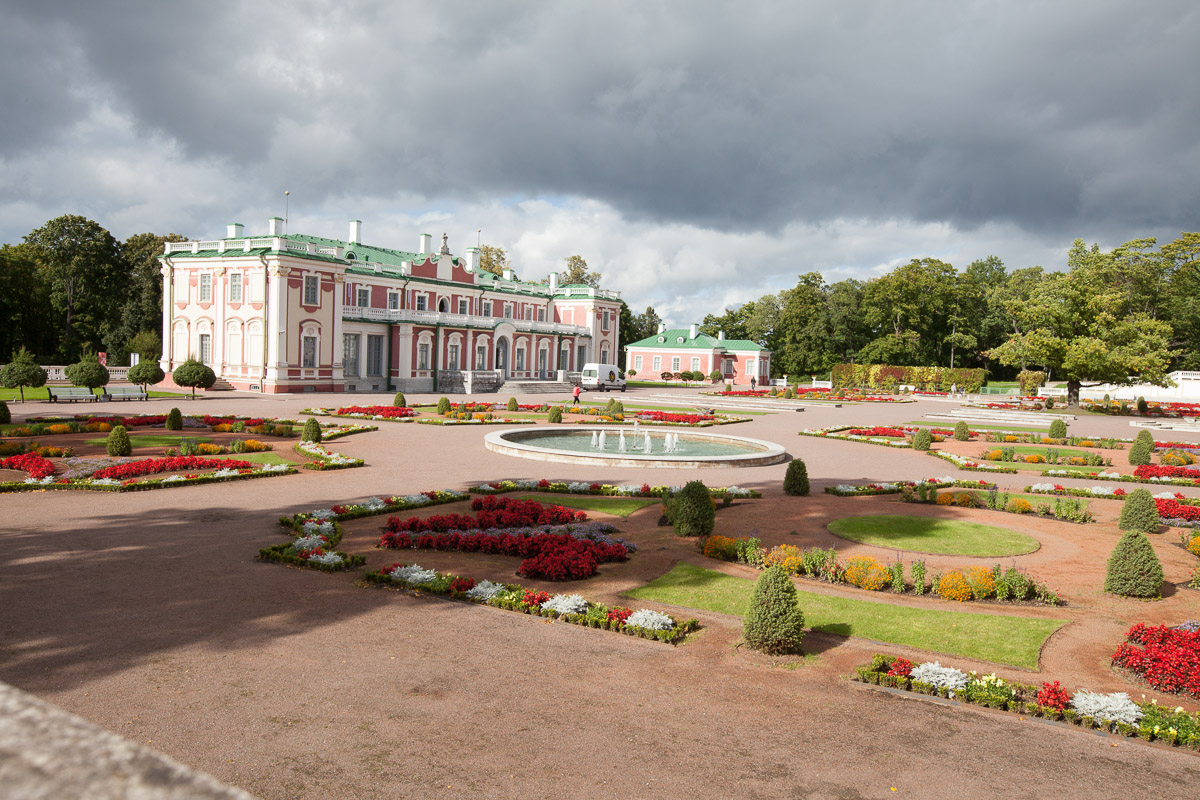 Come and discover the most spectacular Baroque park in Estonia, learn about the harmony of Japanese garden and hear stories about less known sights of the park.

For additional cost it´s possible to extend the tour by 1 hour and take a tour either in Kumu or Kadriorg Art Museum.

Our walking tour in one of the most beautiful historic parks in the entire Northern Europe starts from Katharinenthal Cafe. Kadriorg palace and park construction was ordered in 1718 by Peter the Great as a summer residence for his wife Catherine I and also named in honour of her – Katharinenthal. The majestic baroque park with ascending rose gardens and swan pond also contains features of Italian, French and Dutch Baroque parks.

Right behind the palace lies Estonian Presidential Palace and great masterpiece of the modern architecture – KUMU Art Museum. During the walking tour you will hear stories about Mikkel Museum and Peter the Great House Museum. In the park you will meet monuments of two great historical figures F.R. Kreutzwald and J. Poska. The statue of the statesman Jaan Poska who played an important role in the birth of the Republic of Estonia is not set atop a pedestal, but seems hurrying along the street among the crowd strolling in the park.

The architecture near Kadriorg park shows that it was once a wealthy seaside resort district. But also the builders and servants of the palace had houses built on Poska street which therefore gained a name Sloboda – slum in Russian. The houses were placed tightly like in a Russian village and some of these architectural examples are possible to see even today.

In 2011, the construction of an authentic Japanese garden started near the North-Eastern Pond. Japanese garden highlights the natural landscape and is focused on the circle of life and the expressiveness of nature. In the Japanese garden, stones and water are as important as the plants. The layout of the stones in Kadriorg park tries to imitate the roofs of the Old Town of Tallinn – the more upright ones tracing its church towers and the flatter ones its gabled rooftops. But that doesn´t mean the plants have been overlooked, each season has its jewels: cherry blossoms in the spring, rhododendrons on the cusp of summer, irises and other Iridaceae in deep summer, and colourful maple leaves in the autumn.

Our tour ends in the Japanese garden where you can continue enjoying it´s beauty on your own or extend the tour and add a one hour excursion in Kumu or Kadriorg Art Museum.

Enter into interesting discussion with your local guide about everyday life and customs of Estonian people and learn about their fascinating history. Tallinn’s old ...
END_OF_DOCUMENT_TOKEN_TO_BE_REPLACED
Most Popular

The tour will also warm your heart with authentic legends. The haunted streets, Tallinn’s own mummy and Don Juan have stories to tell… Step back ...
END_OF_DOCUMENT_TOKEN_TO_BE_REPLACED
Most Popular

Tallinn ghost tour will give you an opportunity to brush shoulders with spirits in the legendary Virgin Tower, a medieval prison and haunted streets of once peasant lower town, where ...
END_OF_DOCUMENT_TOKEN_TO_BE_REPLACED
Most Popular

This focused, yet interactive tour gives one a good overview of the old town and the more significant sites in the city center. Your ...
END_OF_DOCUMENT_TOKEN_TO_BE_REPLACED