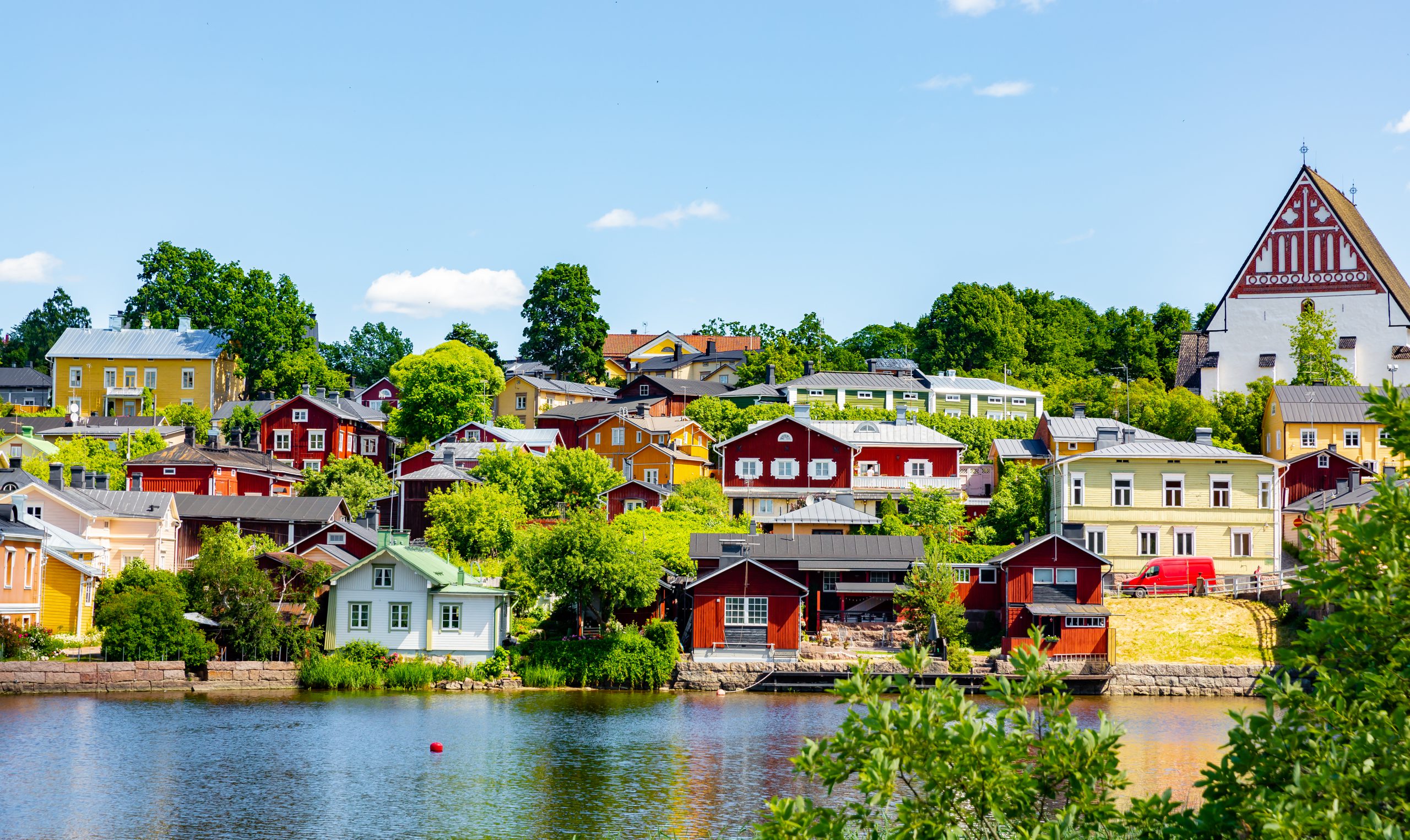 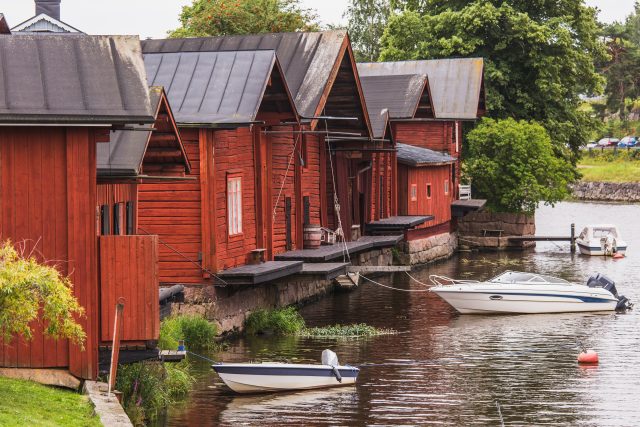 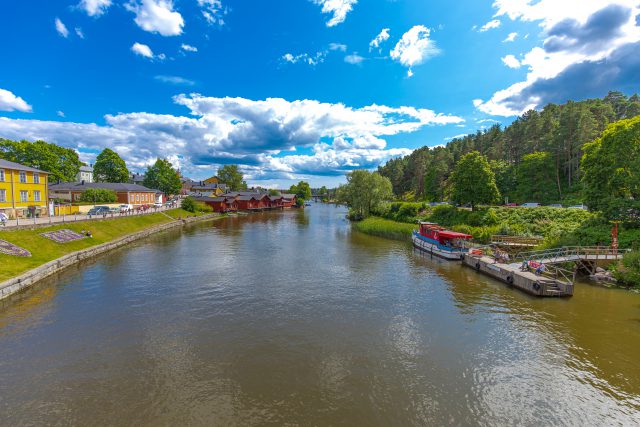 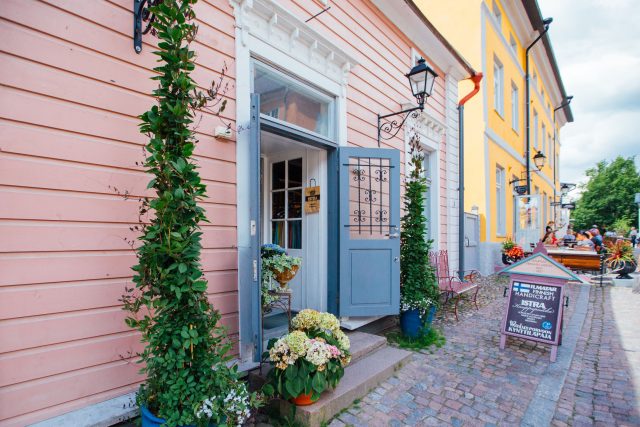 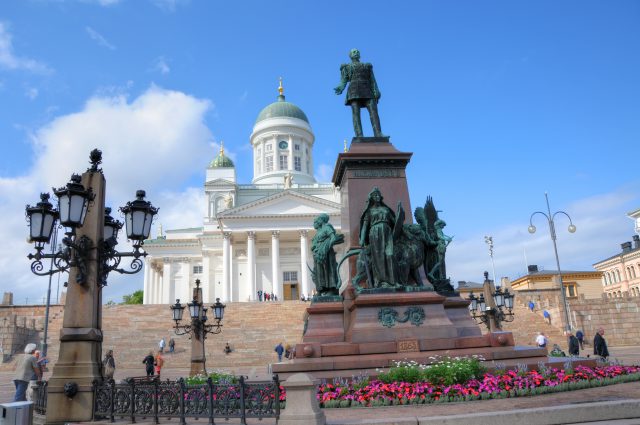 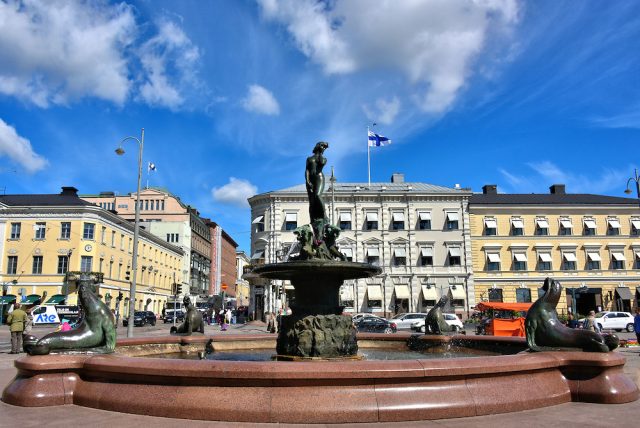 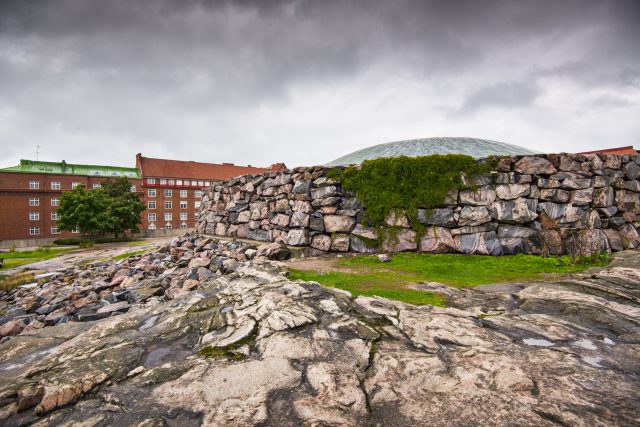 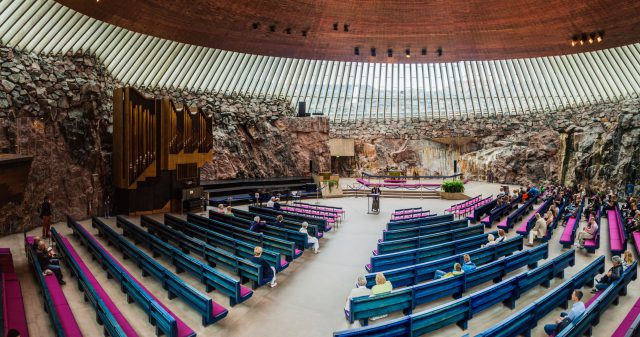 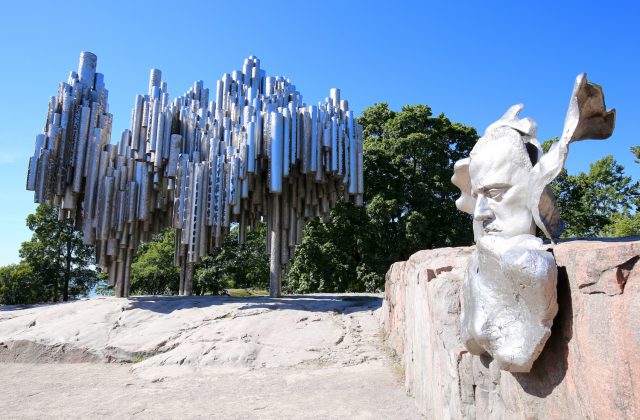 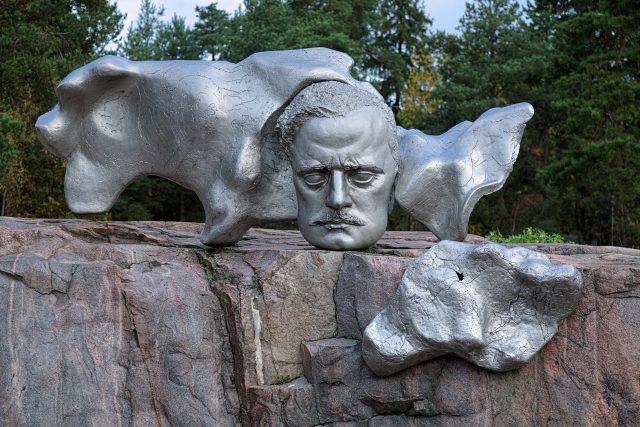 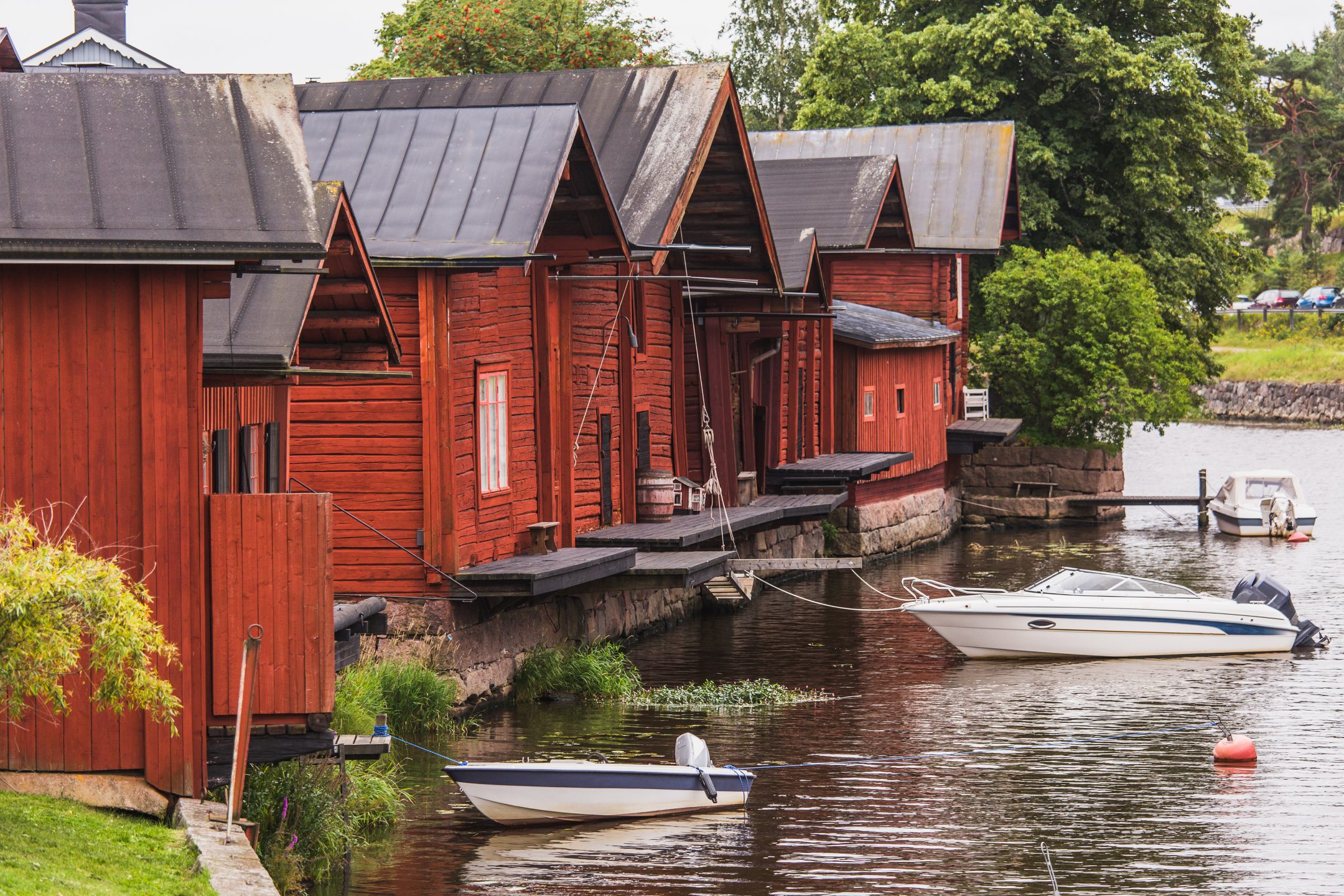 Old red wooden barns in the city of Porvoo 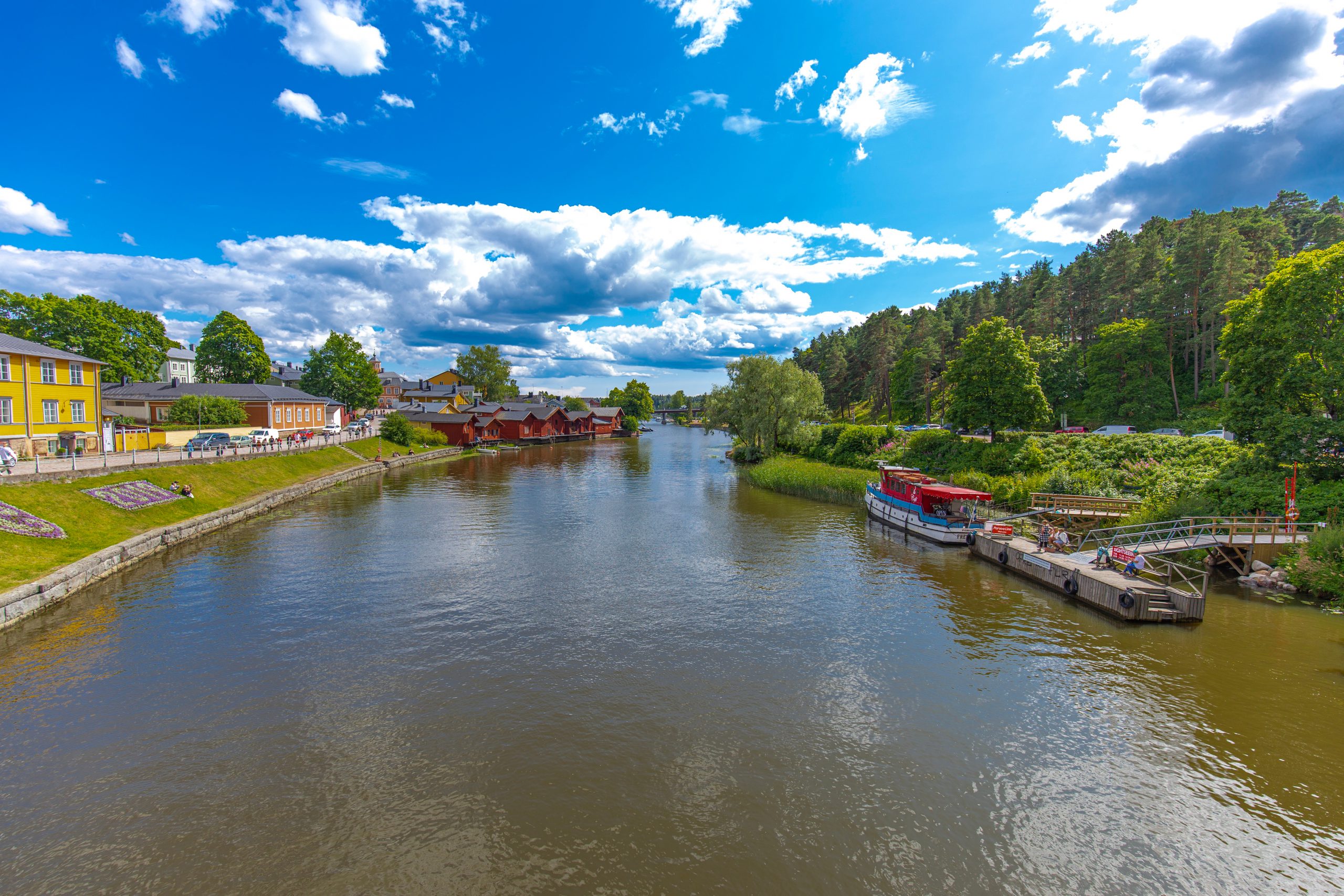 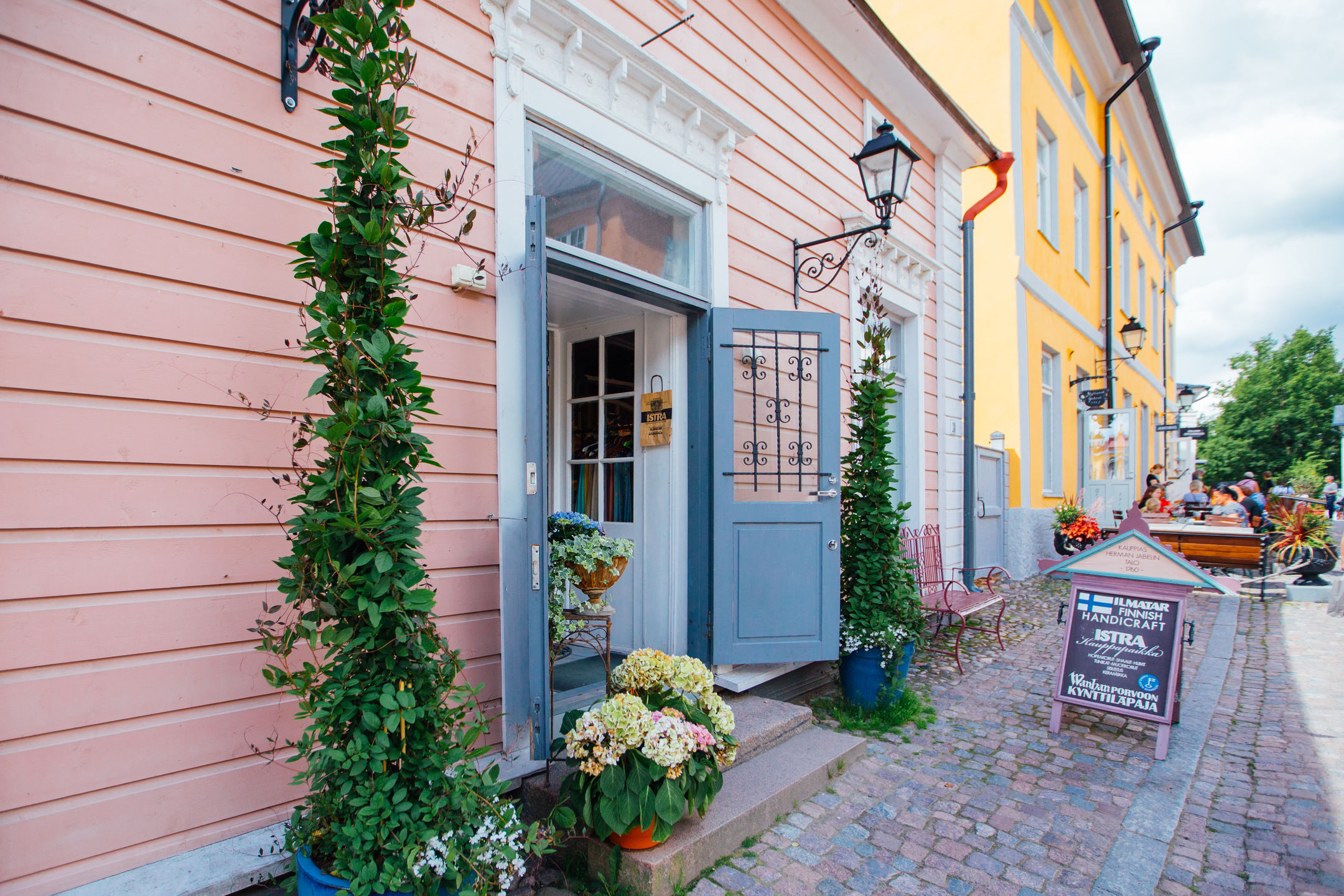 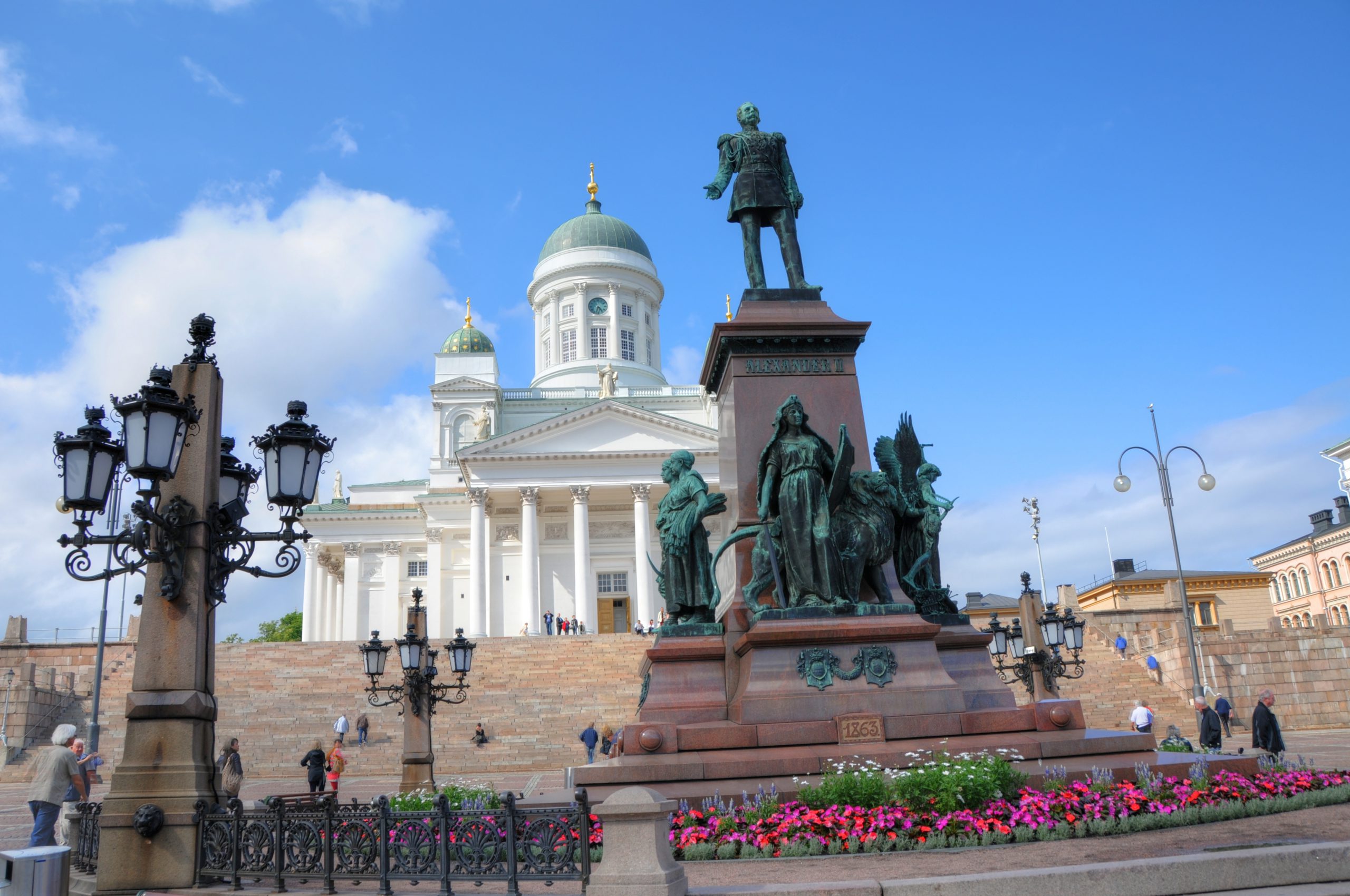 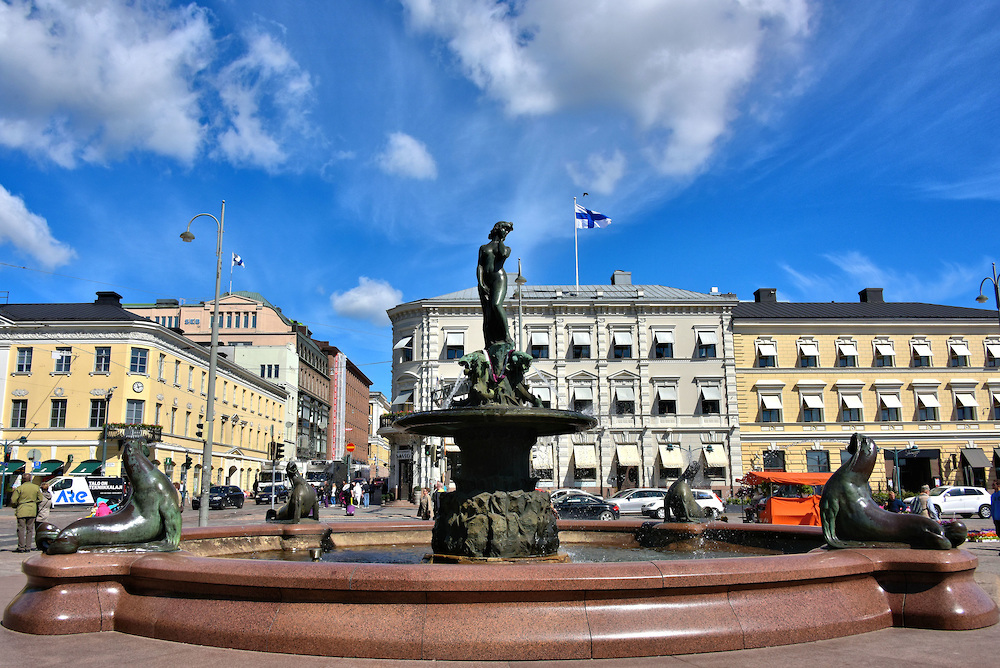 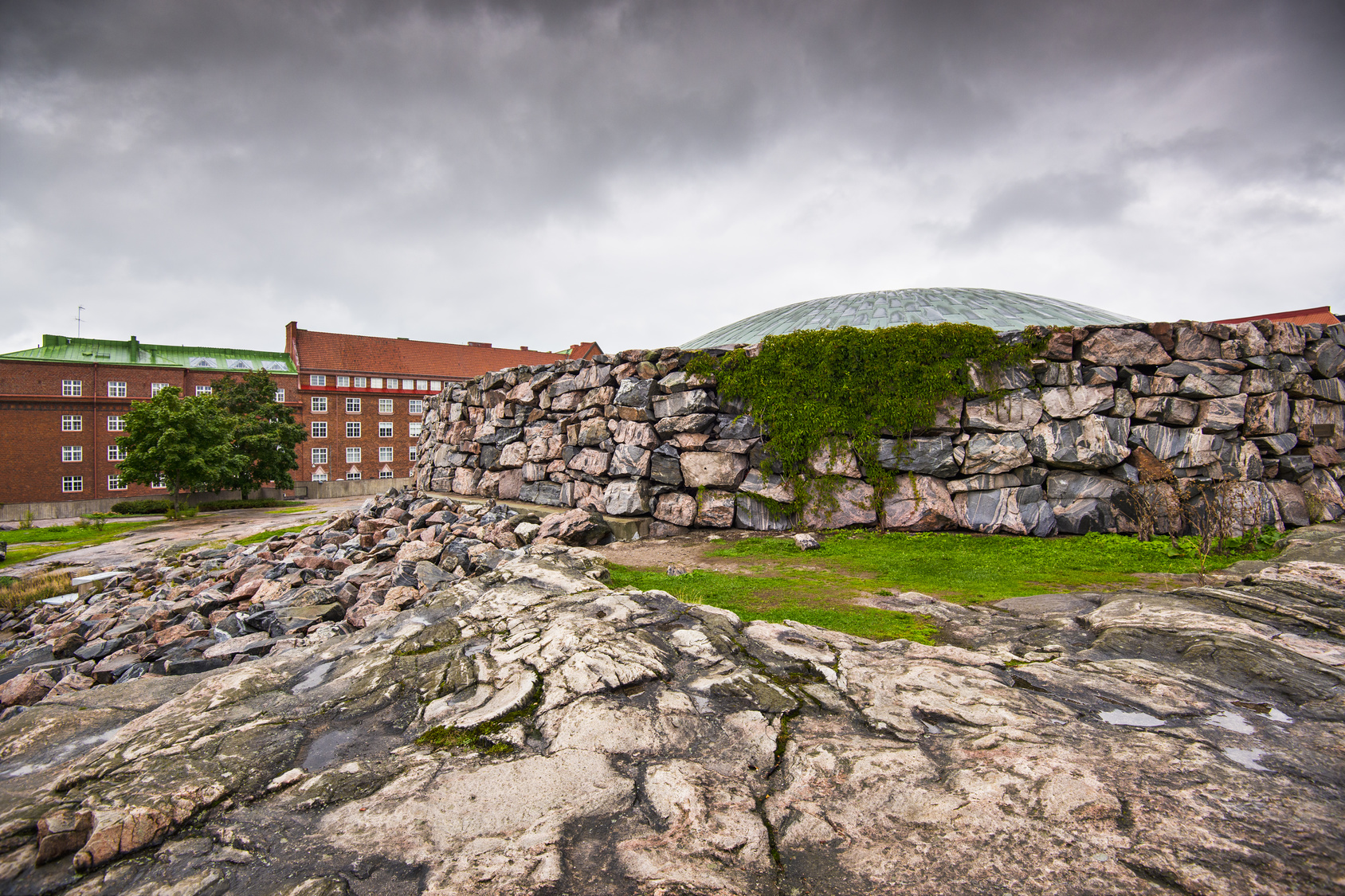 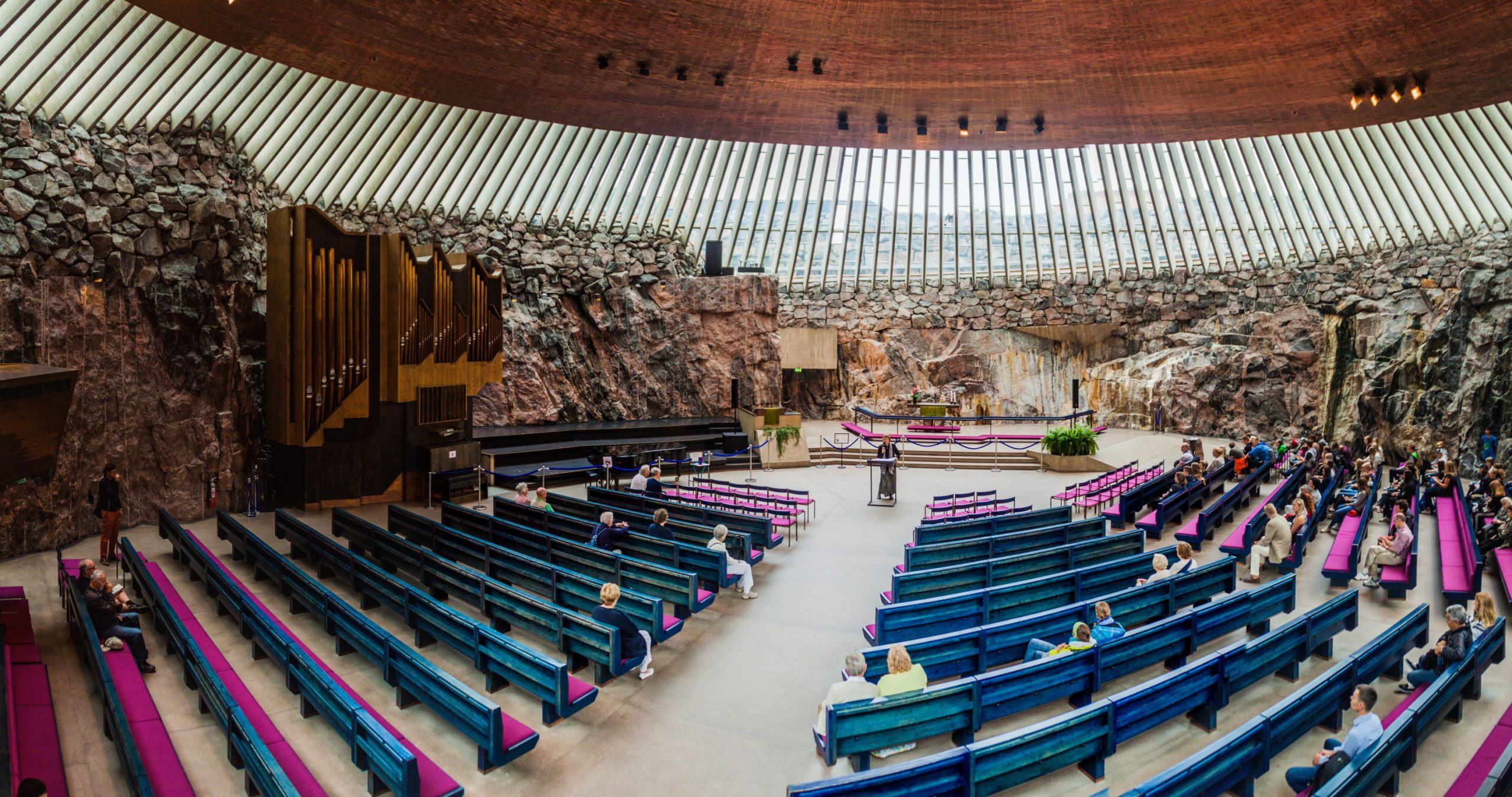 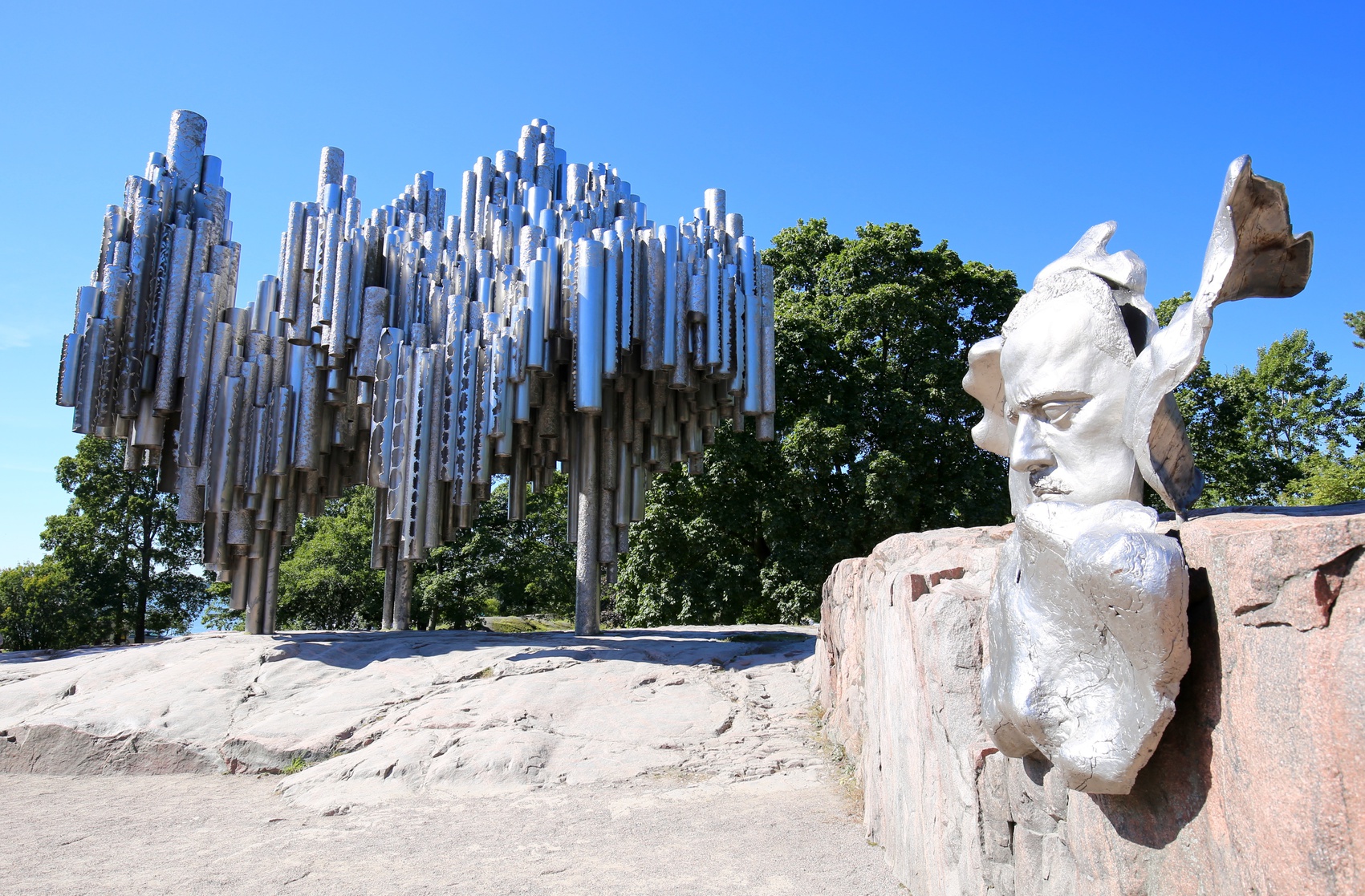 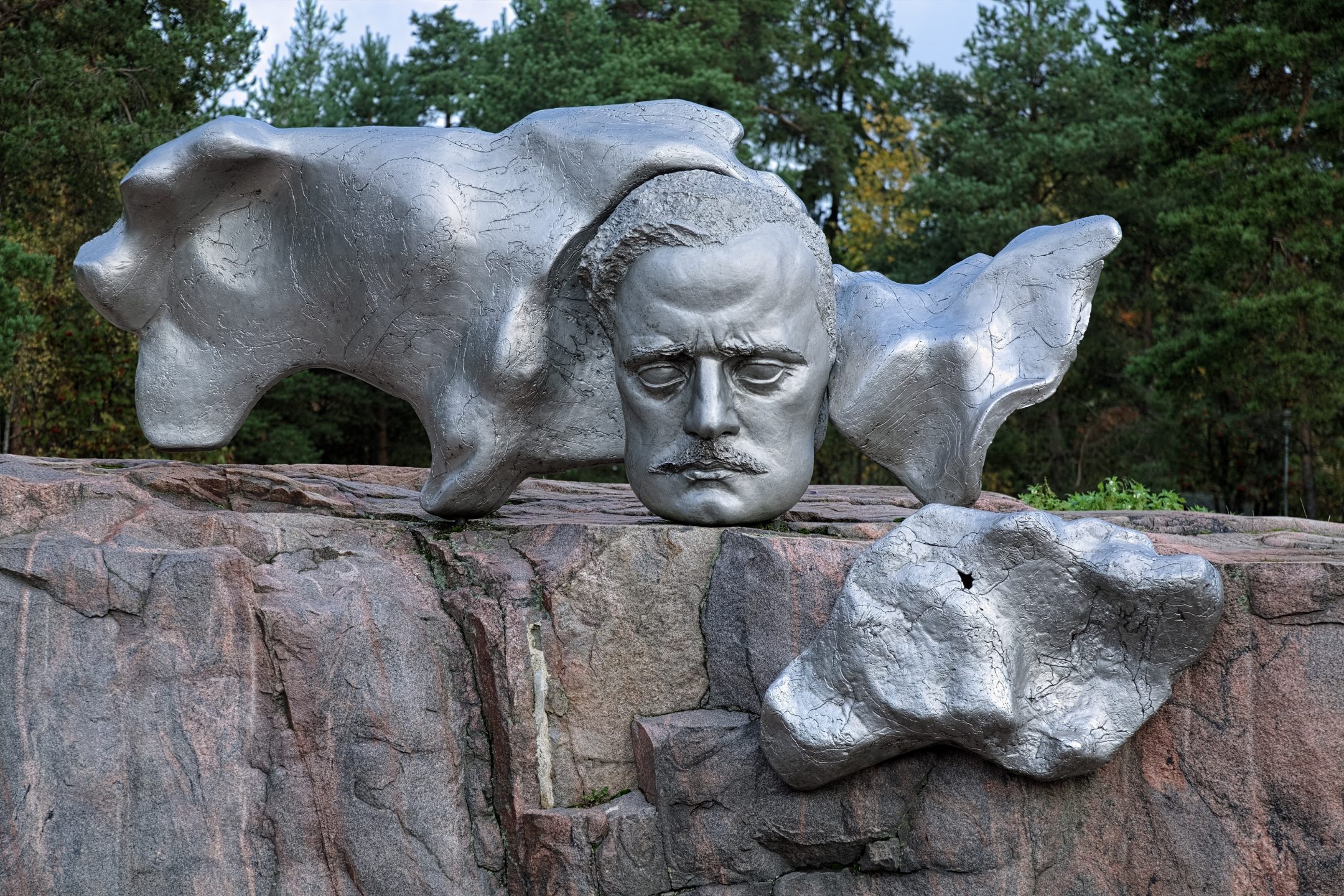 Experience the best of both urban and rural Finland on this tour that combines the main sights of elegant, aristocratic Helsinki with a trip to nearby Porvoo.

Our day begins with a bus or car tour of Helsinki, a city whose Nordic aura is reflected in its impressive 19th and 20th century architecture. On the way, we’ll see the Presidential Palace, created by architect C. L. Engel, the grand Finlandia Hall, and the unforgettable Temppeliaukio “Rock Church” – a one-of-a-kind structure built right into the city’s bedrock. We’ll also make a short pause at the monument of the famous Finnish composer Sibelius, situated in the Sibeliuspuisto park, and see another key landmark, the functionalist-style Olympic Stadium, which served as the site of the 1952 Olympic Games.

The journey then leaves the city behind for tranquillity of the countryside. After a few minutes’ drive through beautiful nature areas, Finland’s second oldest city, Porvoo, opens up from the Old Bridge. This picturesque, little town filled with old wooden houses, narrow lanes and romantic flower arrangements reflects a harmonious and peaceful lifestyle that’s hard to find in today’s Europe. The elegant City Hall and Porvoo Cathedral add to the cosy atmosphere.

Here we’ll take a guided walking tour through the cobblestone streets of Porvoo’s Old Town, an area that dates back to medieval times, and enjoy views of the red shore houses built on the riverside. There will be time to shop for local handicrafts and duck into one of the intimate cafés for a cup of coffee, a delicious lunch or taste of the famous Baltic herring.

Back in Helsinki, the day continues with a walk around many of downtown’s best-loved sights, including the Senate Square with the impressive Helsinki Cathedral, and the Uspenski Cathedral, an Orthodox church that can be called the largest in the Western Europe. Finally we’ll stop at the bustling Market Square, where you can get a glimpse of the busy happenings at the unique Old Market Hall and will have the chance to do some shopping.

Enjoy an easy and exciting Tallinn to Helsinki day trip on a day cruise! The capital of Finland is a modern city with over ...
END_OF_DOCUMENT_TOKEN_TO_BE_REPLACED
Most Popular

After a warm welcome we start with our guided sightseeing tour and visit the monument of the famous Finnish composer Sibelius located in a pine filled ...
END_OF_DOCUMENT_TOKEN_TO_BE_REPLACED
New

As one of the very few towns established in Finland during the Middle Ages, Porvoo still carries the unique atmosphere of old world charm palpable when ...
END_OF_DOCUMENT_TOKEN_TO_BE_REPLACED

Helsinki is a quite familiar city for me. Or, actually, I thought so. This time tried a private tour of Helsinki with Porvoo and was truly impressed by Nordic Experience guide – Ritva. Very professional, knowledgeable, loves her country with all her heart. We’ve got an absolutely another picture of this severe beautiful city. Ritva knows here really everything: history, gastronomy, best places to avoid crowds and ways to wake up interest of each member of the group. Thank you, “Nordic Experience”, we’ll come back and ask you for new adventures for sure! 🙂

END_OF_DOCUMENT_TOKEN_TO_BE_REPLACED

Estonian Experience provided my extended family of 18 a very memorable experience as we visited Stockholm, Helsinki, Tallin, Riga, and Copenhagen. The guides were all very professional and knowledgeable, and their love and passion for their homeland and culture was evident in the way they introduced us to their culture. They were all prompt or early (always awaiting us, never us awaiting them), and very flexible in accommodating our group’s desires and needs. Booking with Estonian Experience for the multicity tour took out a lot of stress of coordinating with what would have been 5 different tour companies. Eva-Maria and her team were very pleasant and easy to work with, not to mention accommodating, and Eva-Maria herself attended a couple of our tours that had itineraries that were new to the company.Estonian Experience is highly recommended.

END_OF_DOCUMENT_TOKEN_TO_BE_REPLACED

We were so happy to explore Helsinki and Tallinn with Nordic experience!
In April 2015 we, a small group of 6 adults and one 6 year old kid , booked our tours with this company and had the best time ever! The tour was very informative and a great fun! we visited the famous sights of Helsinki – Rock church and Cathedral, strolled along the main streets of the city, walked in Sybelius park. Despite the age difference in the group the guide managed to make the tour very interesting for both young and old. After substantial lunch in one of the local cafes we went to visit Porvoo and that was my favourite part of the tour. This charming town with its picturesque streets and buildings was really amaizing.
After the long day we returned back tired but very happy.
Exactly the same was in Tallinn the other day – the welcoming and hospitable guide who made us feel home in this beautiful city.
Thank you, Eva-Maria, for the great tour that you arranged for us! We would be happy to recommend you and your company to our friends and hope to be back to Tallinn and Helsinki one day.

END_OF_DOCUMENT_TOKEN_TO_BE_REPLACED

Best Bakeries & Candy Stores in Helsinki for the True Foodies