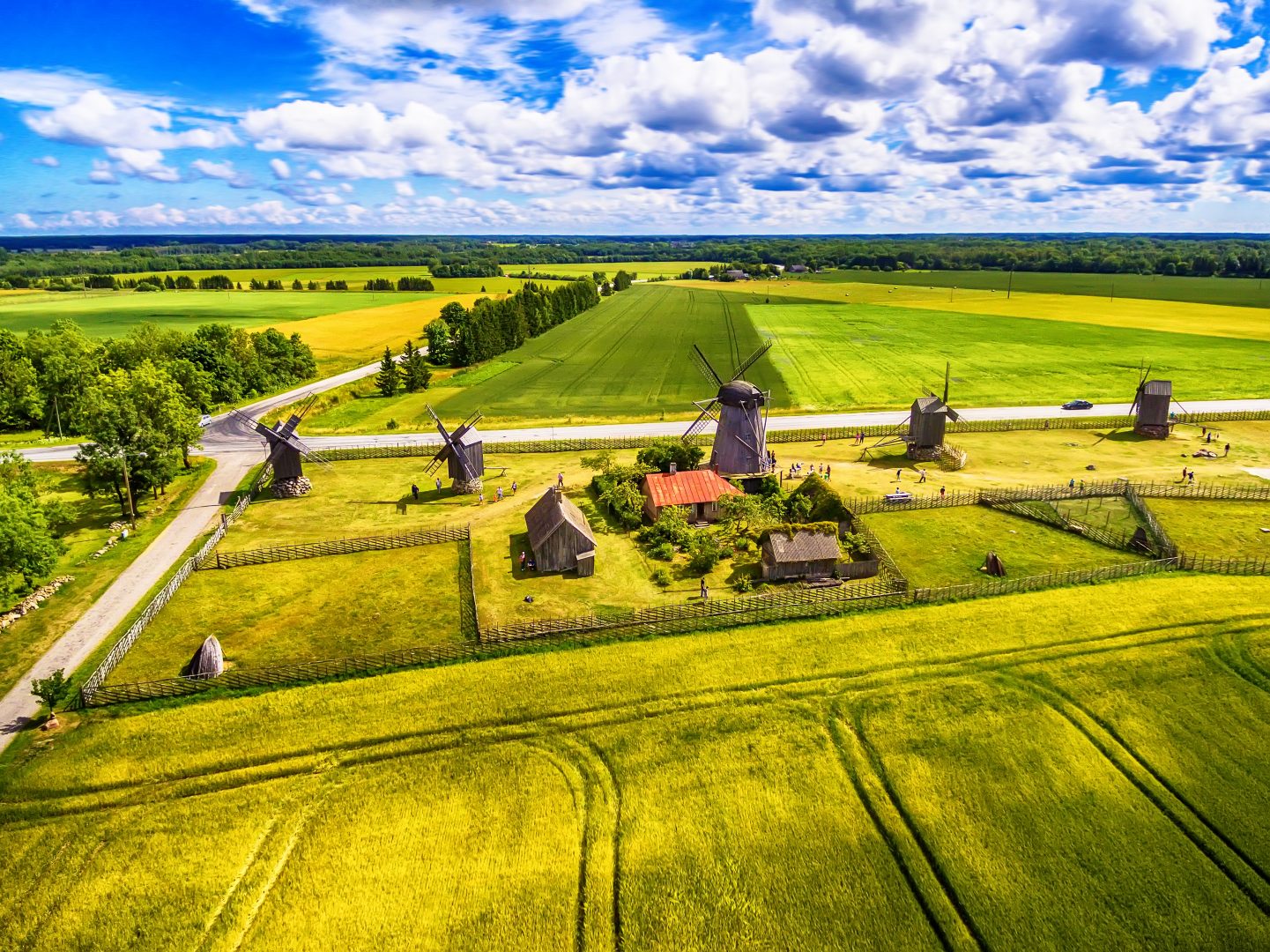 A Factsheet to prepare for your longer stay or just a daylong Baltic Sea cruise visit to the Estonian capital city- from population to souvenirs and wireless areas in Tallinn.

Estonia is located in northeastern Europe, bordering the Baltic Sea on the west, the Gulf of Finland on the north, Latvia on the south, and Russia on the east. The total area is 45,226 square kilometers or 17,500 square miles making the country smaller than New Hampshire and Vermont combined.

The climate in Tallinn is characterized by a fairly cold winter, a cool spring with little precipitation, a moderately warm summer and a long and rainy autumn. However, some summers have weeks at a stretch of temperatures around +30°C, and a warm, sunny summer can keep autumn at bay until mid-October.

Estonia is in the Eastern European Time Zone: GMT + 2 hours.

Date & Time on the Worldclock

The demographics of Estonia in the twenty-first century are a product of historical trends over the last thousand years, and have been disproportionately influenced by events in the last half of the twentieth century.

The largest denomination in Tallinn is Russian Orthodox (23%), followed by Lutheran (8%). However, only about 35% of Tallinn’s population practice any religion.

Nationals of EU and EEA member states are free to enter Estonia. The required travel document for entry is a national ID card or passport.

Most larger hotels, stores and restaurants accept Visa, MasterCard, Eurocard and American Express. However it is advisable to carry some cash with you.

Traveller’s checks can be exchanged in most banks but are less likely to be accepted in shops. Eurocheque is the most widely accepted traveller’s check, but American Express and Thomas Cook are also accepted. Banks are plentiful and easy to find in Tallinn.

To call Tallinn from abroad, dial your international access code and 372 for Estonia and then the telephone number.

The GSM mobile phone system is available; please check compatibility with your operator.

Estonia is an e-country – most people use e-banking, pay parking with a mobile phone and pay taxes, or even vote, online.
So it’s not surprising that wireless internet in Tallinn is almost everywhere and almost always free.

Wirelss Internet zones around the country be found even in rather unexpected places – beaches, Old Town squares, stadiums, and concert halls, cafes, restaurants and anywhere exploring Tallinn might take you.

Estonia’s traffic laws regulate that wearing a luminous reflector on the right side of outer clothing, at night or in poor visibility conditions, particularly in winter, is compulsory.

Art & Handicraft in Tallinn- Best Souvenirs to take back home

So many inviting shops, so little time- go for this list of must-have items when visiting this medieval Baltic Sea pearl.

The Old Town in Tallinn is a wonderfully small and compact souvenir shopping venue. It is only a short 15-minute walk from the cruise port located within the walls of the old Hanseatic city.

Next to the open-air cafes and restaurants spilling into the main square Tallinn also has the best souvenir shopping of all the Baltic Sea cruise ports with a lot of variety and relatively low prices compared with the rest of the ports in the region.

Traditional Estonian cuisine is based on meat and potatoes, fish in coastal and lakeside areas being greatly influenced by the cuisine of nearby Scandinavian and Baltic countries.

The most typical foods in Estonia have been rye bread, pork, potatoes and dairy products. Estonian eating habits have historically always been closely linked to the seasons and the modern day locals keep up with that tradition. In terms of staples, Estonia belongs firmly to the beer, vodka, rye bread and pork “belt” of Europe. Experience, taste and become a local for a day on Estonian Experience private Tallinn Tours.

Enter into interesting discussion with your local guide about everyday life and customs of Estonian people and learn about their fascinating history. Tallinn’s old ...
END_OF_DOCUMENT_TOKEN_TO_BE_REPLACED
Most Popular

The tour will also warm your heart with authentic legends. The haunted streets, Tallinn’s own mummy and Don Juan have stories to tell… Step back ...
END_OF_DOCUMENT_TOKEN_TO_BE_REPLACED
Most Popular

Tallinn ghost tour will give you an opportunity to brush shoulders with spirits in the legendary Virgin Tower, a medieval prison and haunted streets of once peasant lower town, where ...
END_OF_DOCUMENT_TOKEN_TO_BE_REPLACED
Most Popular

This focused, yet interactive tour gives one a good overview of the old town and the more significant sites in the city center. Your ...
END_OF_DOCUMENT_TOKEN_TO_BE_REPLACED