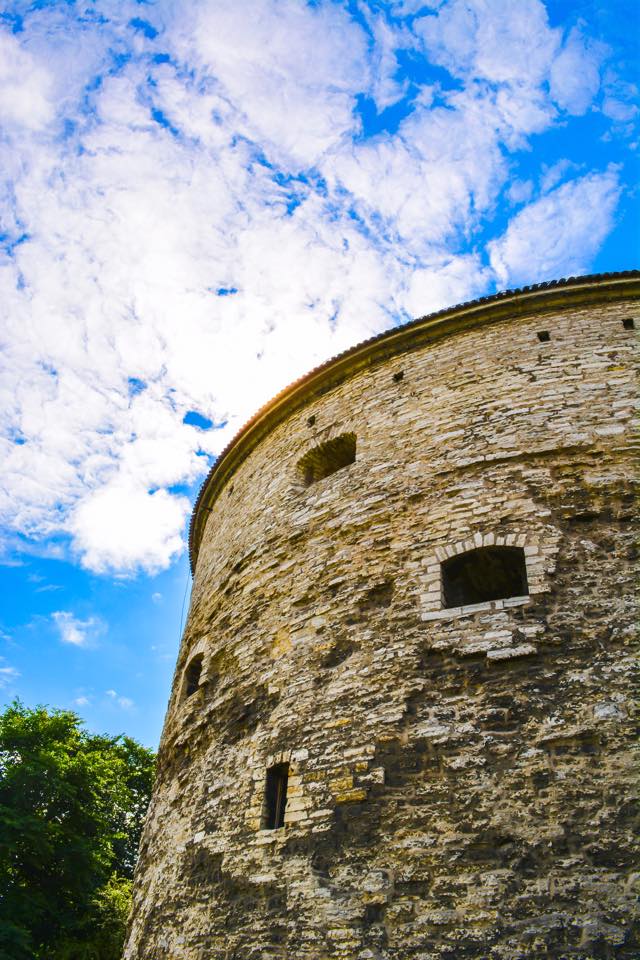 Great news! The Museum and Visitor Center of Fat Margaret will open soon, on November 29th, 2019. The journey through the exhibition of the Estonian Maritime Museum in the Museum and Visitor Center of Fat Margaret is a visit to Estonia as a maritime country. The story of Estonian seafaring from the medieval maritime trade, which has never been exhibited before, to the modern cruise shipping will be unrolled before your eyes. The story is told with the help of almost 700 historical items, the rich collection of ship models of the Maritime Museum with 17 models which were specifically ordered for the new exhibition, as well as nearly 50 digital and ‘hands-on’ solutions. Learn more about the rich culture of Tallinn and Fat Margaret on Medieval Tallinn Private Walking Tour.

At the museum, you can:

The star exhibit of the museum is the almost 20-metre long wreck of a cog which is a good source of information about the era it is from. A cog is a medieval cargo vessel with one mast and high broadsides which was mainly used on the North and Baltic Seas. Finding of the cog underground in Tallinn in 2015 was rare in the entire Europe, as the hull of the vessel is almost completely preserved, as well as thanks to the nearly 700 items found around the wreck which tell us why, how, and where the vessel and its crew were headed to. Read more about the discovery of the cog

In the cog hall, i.e. the former courtyard of the museum and in the two-level exhibition room, you can:

Pushed and pulled by winds – the centuries-long sailing ship era

The first floor of the artillery tower is devoted to sailing ships, which used to deliver goods from more and more distant locations and led to discovering new territories. Estonians started building large sailing ships in the middle of the 19th century. The vessels built in this country crossed the equator, sailed around Cape Horn, and reached other far-away ports.

In the hall of sailing ships, you can:

The first regular steamboat line of Estonia was on the route of Stockholm–Turku–Helsinki–Tallinn–St. Petersburg which was launched in 1837 and was run by the paddle-wheel steamboats Storfürsten and Fürst Menschikow. While in the great maritime countries the total tonnage of steamboats already exceeded that of sailing ships by the end of the 19th century, this only occurred after World War II in Estonia. Thereafter, the Estonian cargo ship fleet increased rapidly and, in the end of the 1930s, the gross tonnage of the cargo fleet per 1,000 residents was 7th highest in the world and 3rd among the Baltic Sea countries.

In the hall of steam-powered vessels, you can:

The tireless development of technology

In the second half of the 20th century, steamboats were mainly replaced by motor vessels which brought along a significant jump forward with respect to the navigation technology. The number of crew members decreased, the number of passengers and the volume of cargo increased. The search for efficient and environment-friendly technological solutions is still ongoing.

On the highest floor of the exhibitions, the floor of motor vessels, you can:

Use the app to watch the curators introduce selected exhibits from the halls of the cog and sailing ships.

A logical extension of visiting the Museum and Visitor Centre of Fat Margaret is seeing the interactive exhibition of the Estonian Maritime Museum at the Seaplane Harbour which is mainly dedicated to maritime technology from the 20th century.

Enter into interesting discussion with your local guide about everyday life and customs of Estonian people and learn about their fascinating history. Tallinn’s old ...
END_OF_DOCUMENT_TOKEN_TO_BE_REPLACED
Most Popular

The tour will also warm your heart with authentic legends. The haunted streets, Tallinn’s own mummy and Don Juan have stories to tell… Step back ...
END_OF_DOCUMENT_TOKEN_TO_BE_REPLACED
Most Popular

Tallinn ghost tour will give you an opportunity to brush shoulders with spirits in the legendary Virgin Tower, a medieval prison and haunted streets of once peasant lower town, where ...
END_OF_DOCUMENT_TOKEN_TO_BE_REPLACED
Most Popular

This focused, yet interactive tour gives one a good overview of the old town and the more significant sites in the city center. Your ...
END_OF_DOCUMENT_TOKEN_TO_BE_REPLACED