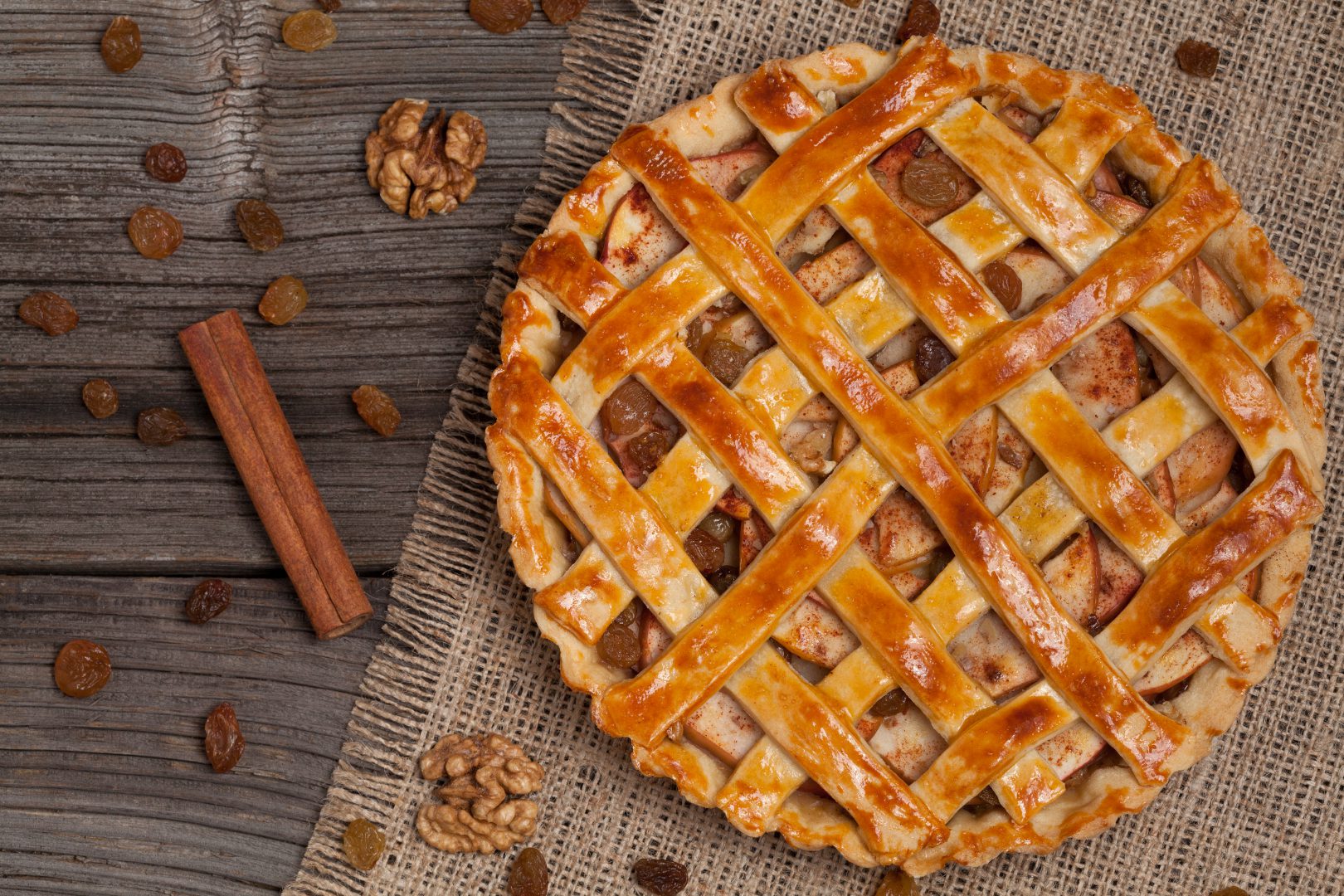 It may not have its origins in Holland, but fondue has a very special place in the hearts of all Dutchies. What could be cosier than huddling around a cauldron of hot melty cheese with a bottle of red on a winter’s night? NOTHING that’s what. There are plenty of places to get your fondue fix in Amsterdam – some favourites include ‘t Blaauwhooft, Fondue & Fondue and Café Jaap at the Jaap Eden ice rink.

Stamppot is a big lovely mess of mashed potato mushed up with other vegetables including sauerkraut, kale, spinach or turnip greens. Sometimes the potato is smashed with carrots and turnips, and then it’s called Hutspot (not to be confused with the fashionable clothes and homeware store of the same name). You’ll normally find it served with a big ol’ smoked sausage or a pork chop at a traditional Dutch restaurant.

Suddervlees literally means “braised meat” which translates on the plate to a big hearty beef and ale stew. It makes absolutely no attempt to look attractive (see picture), but with its punchy combo of slow cooked meat, beer, onions and seasoning, it’s winter on a plate for many people in the Netherlands. Get it with frites to mop up all that lovely gravy. 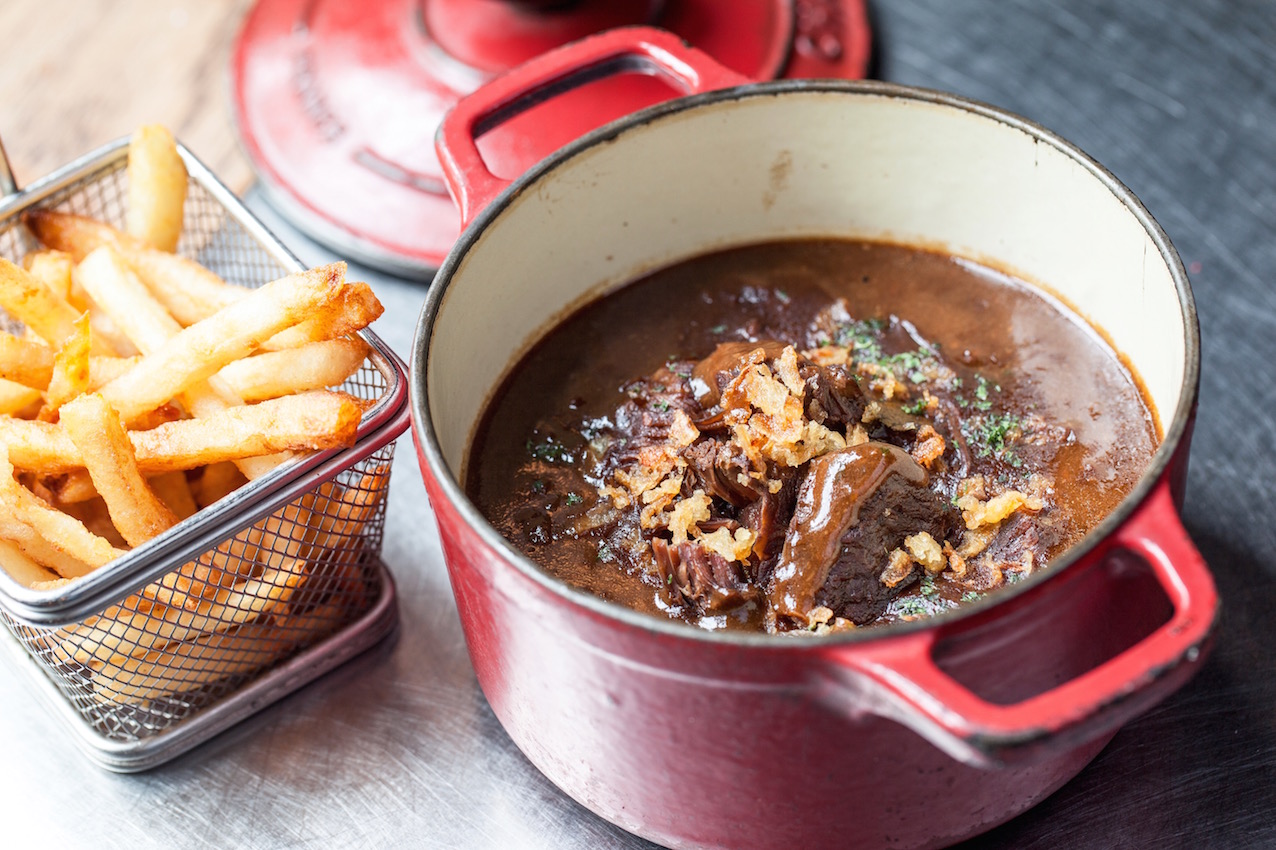 Oliebollen (which translates to “oily balls” – yum?) are so special that you can only get them for a few short winter months. Traditionally eaten on New Year’s Eve, they’re essentially deep fried dough balls dusted with powdered sugar, studded with raisins and currants. Look out for Oliebollen stalls (oliebollenkramen) which appear around Amsterdam in mid October, and eat as many as you possibly can before they disappear for another year.

Repeat after me: “Poff-fert-jus”. There, now you know how to say it, you have no excuse for not ordering trays and trays of these tiny pancakey treats while you’re in Amsterdam. Get them steaming hot from a street vendor, slathered in melty butter and powdered sugar, and devour them whole. What a time to be alive.

Nice things about eating massive pancakes in winter: everything. Thankfully pancakes are as ubiquitous as bicycles in Amsterdam, so drizzle them in syrup and sugar and let the good times roll. Take a look at some of our favourite pancake houses if you’re in need of inspiration. 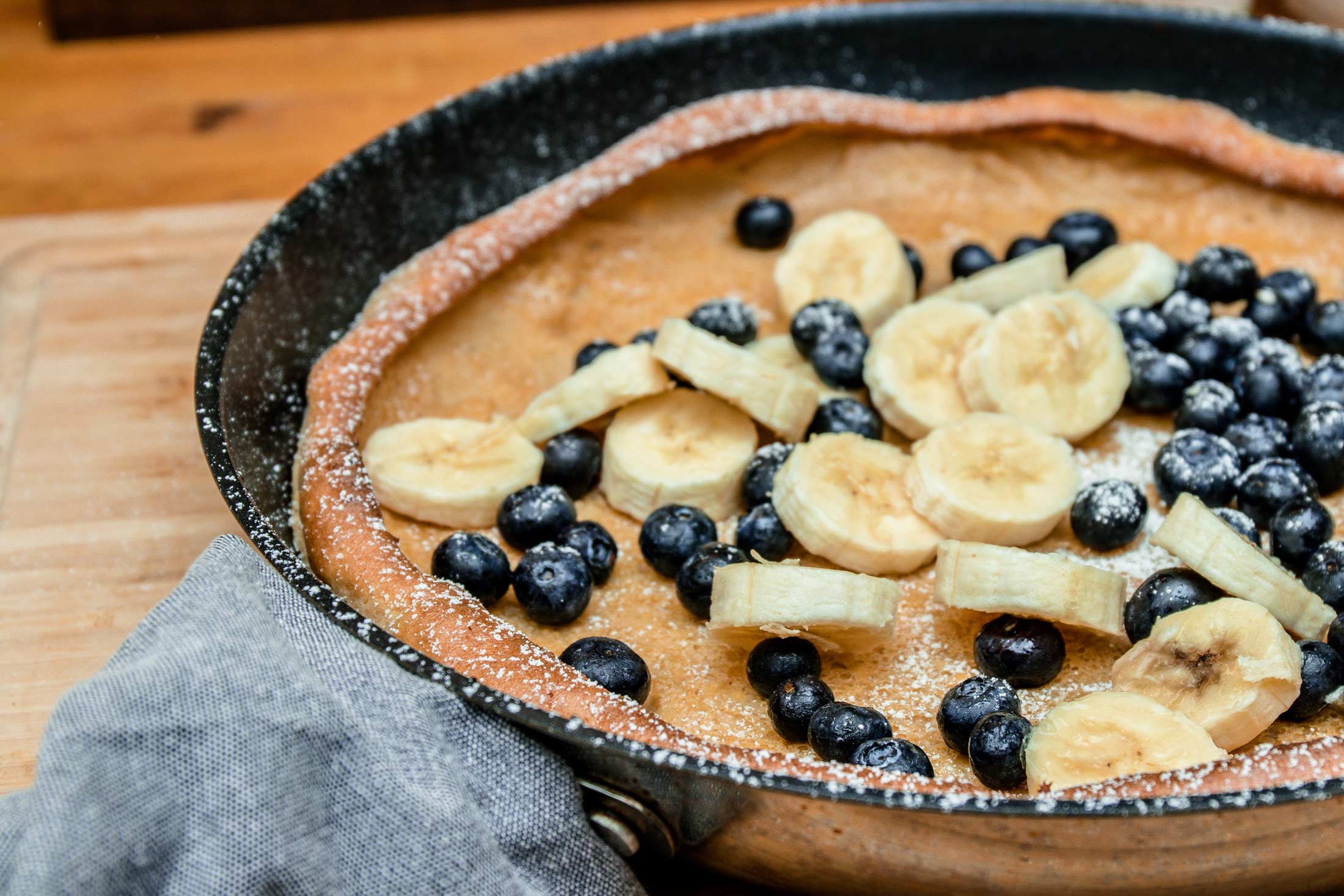 Go into any food store in November or early December (pre-Sinterklaas) and you will probably see lots of giant letters made from chocolate. These “chocoladeletters” are an integral Sinterklaas tradition in the Netherlands, given as gifts to reflect the first letter of the recipient’s name. It’s also absolutely fine to buy them for yourself. 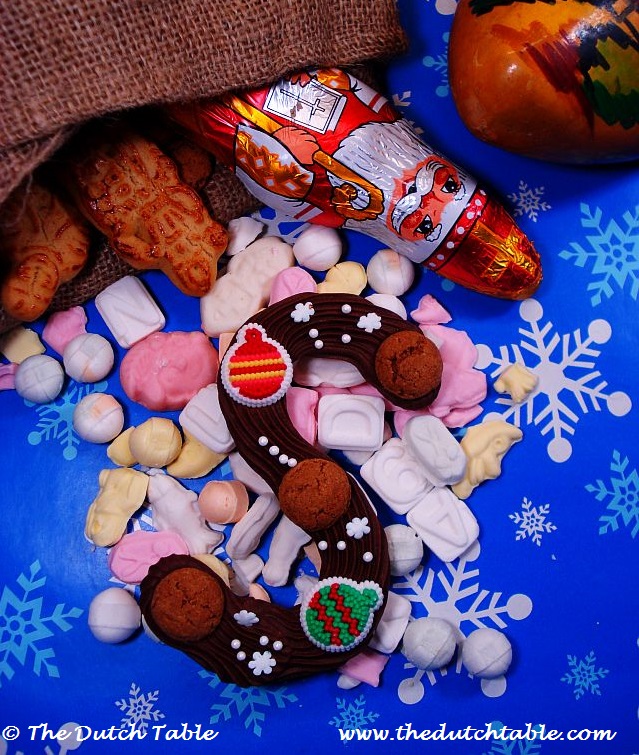 Wrapping your hands around a mug of hot chocolate milk on a winter’s day is one of life’s simple pleasures. You’ll find hot chocolade (usually the Dutch brand Chocomel) on the menus at most cafes and street markets in Amsterdam – ask for yours with a splash of rum if you want to feel a bit naughty.

Holland’s national pastry comes into its own in the winter months, and there’s nothing more enjoyable than sitting on a heated terrace on a crisp winter’s day, tucking into a thick slice of freshly baked apple pie. Dutch appeltaart is a thing of wonder: with layers of layers of sliced apple tightly packed under a layer of yummy doughy pastry.  Winkel 43 and Café Papeneiland are both commonly said to have the best appeltaart in Amsterdam, but there can be only one winner – and only one way to find out.

Explore the historic center of Amsterdam and delight in the culture and history of this unique city from cobbled streets to world-famous canal houses on our Amsterdam Private Old Town Walking Tour. During the tour you can try local cheese and make a spontaneous coffee break in one of the suggested cafeterias or bakeries.

Our lovely stroll around Amsterdam begins by taking in the beauty of vintage canal houses and countless bridges of the historic old town. Aside world famous museums, Amsterdam also has some ...
END_OF_DOCUMENT_TOKEN_TO_BE_REPLACED
Most Popular

Discover both the artistic and beer-loving heritage of Amsterdam on a city tour complete with visits to the magnificent collection of Van Gogh paintings and ...
END_OF_DOCUMENT_TOKEN_TO_BE_REPLACED
New

This walking tour allows you to explore the many sides of Dutch history including a guided tour at Amsterdam’s grandest and most popular museum, the ...
END_OF_DOCUMENT_TOKEN_TO_BE_REPLACED